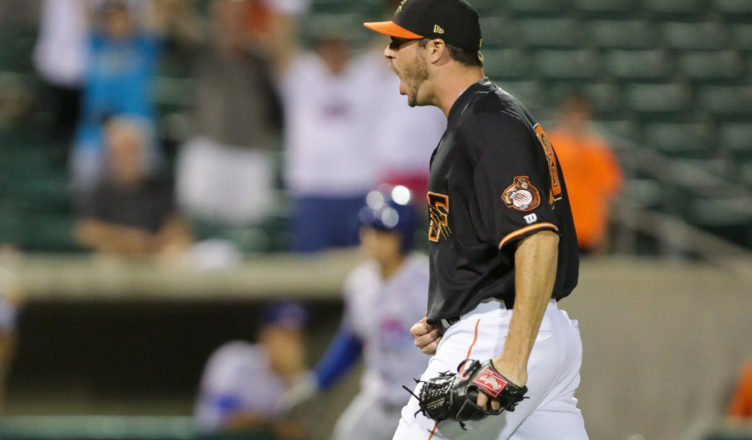 James Hoyt Called Up By The Houston Astros

The Houston Astros have been a strange team in the fact that they have avoided the DL for the course of the season and much of the trade talks that came with the conclusion of the Trade Deadline. Despite all players being available, the Astros have found a way to get some very talented prospects valuable experience in the Major Leagues. Having come off a 2-1 loss that saw Joe Musgrove dazzle in his debut, going 3.1 innings and striking out 8 batters, the Astros will see another prospect get his shot to earn a spot in the bullpen.

James Hoyt, or Big Game James as they called him in AAA, has been called up to the big league club. As the closer for the Fresno Grizzlies, Hoyt has been lights out, having been one of the most dominant players in the minor league regardless of system or level. He was 3 saves shy of the Fresno Grizzlies’ single season record and only 5 shy of PCL Modern-Era Record. Most of what you need to know about Hoyt you can be found HERE in an article we wrote last month.

Hoyt is an intimidating presence on the mound, as he throws high-90s with wipeout slider/splitter combo, evident by his 84 K in only 50 innings. With Luke Gregerson headed to the DL and Doug Fister going on paternity leave, Hoyt will be a late inning reliever that can pitch any of the later innings. Depending on how long Gregerson is on the shelf and how long Fister is out will determine if Hoyt’s time in the Big Leagues are short-lived or permanent.

If he can replicate even a sliver of what he accomplished in AAA, then Houston adds another elite reliever to what is already a loaded bullpen. Congratulations to James Hoyt on his Call-Up to the Houston Astros!