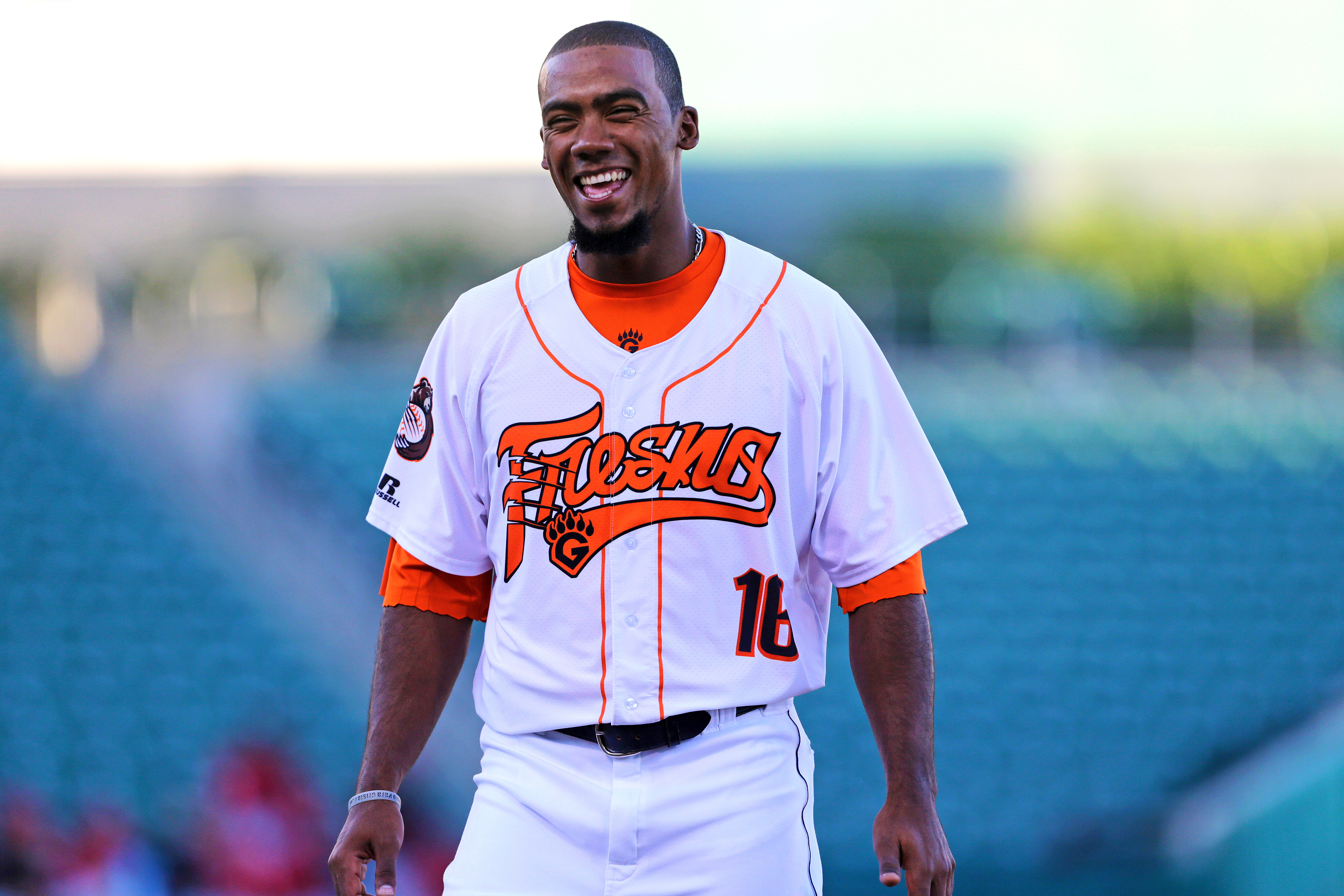 Recently I was contacted via my Astros Future Facebook Page asking which outfield prospects are the best bets to contribute to the Astros in 2017. As he noted in the question, the outfield free agent class this off season is fairly weak outside of Yoenis Cespedes and Josh Reddick. It is highly possible the Astros will need to get some contributions from the prospects down on the farm.

Every Astros fan knows that one outfield spot is locked down by George Springer for the foreseeable future. Springer has shown to be a huge asset both offensively and defensively. But there are three spots in the outfield. With Colby Rasmus set to be a free agent at the end of the season and Gomez recently being DFA’d, it is reasonable to expect some of the prospects to help. Marisnick will be in play and Gurriel will be joining the Astros soon but it is unclear what his position will be. With that said, here are four outfielders that could help the Astros in the next couple seasons.

Fisher, 22, was drafted by the Astros in the 1st round (supplemental) of the 2014 MLB Draft. Fisher was seen as one of the higher potential college bats due to his age (only 20 y/o) and since he has battled some injuries in college. Following the draft he was assigned to Tri-City where he hit .303 with 2 HR, 17 RBI and 18 stolen bases. In 2015 Fisher has a breakout year playing for Quad Cities and Lancaster. He finished hitting .275 with 22 HR, 87 RBI, 31 SB in 123 games. This season the left handed hitting outfielder hit .245 with 16 HR, 23 SB in 103 games in AA earning him a promotion to AAA.

In 4 games since his promotion to AAA he is hitting .235 with 1 HR, 3 RBI. Fisher shows a nice combination of power and speed but has struggled with the strikeouts a bit this season. I have seen Fisher compared to Rasmus for his power/strikeout combination, which wouldn’t be a bad outcome. If Fisher can cut down on the strikeouts, he will definitely be a guy ready to contribute to the Astros in 2017.

Kemmer is a big outfielder, listed at 6-2 and 230 lbs, restricted to LF or RF. Though he does have some athleticism and won’t be an issue as a defender. Kemmer started this season slow but has really cranked it up bringing his season average up .282 with a .352 OBP. Since the AAA All-Star break, Kemmer is hitting .341 with 8 HR, 21 RBI in 27 games. With a strong finish to the season and a good spring in 2017, he could find himself playing his home games at MMP.

Laureano is a dark horse candidate to make the Astros next season. He was drafted in 2014 and hadn’t played above A ball before this season. I recently wrote a prospect profile on Laureano and everything you need to know on him can be found here. On the season he is slashing .310 BA/.419 OBP/.529 SLG with 26 2B, 7 3B, 12 HR, 65 RBI, and 34 stolen bases between A+/AA.