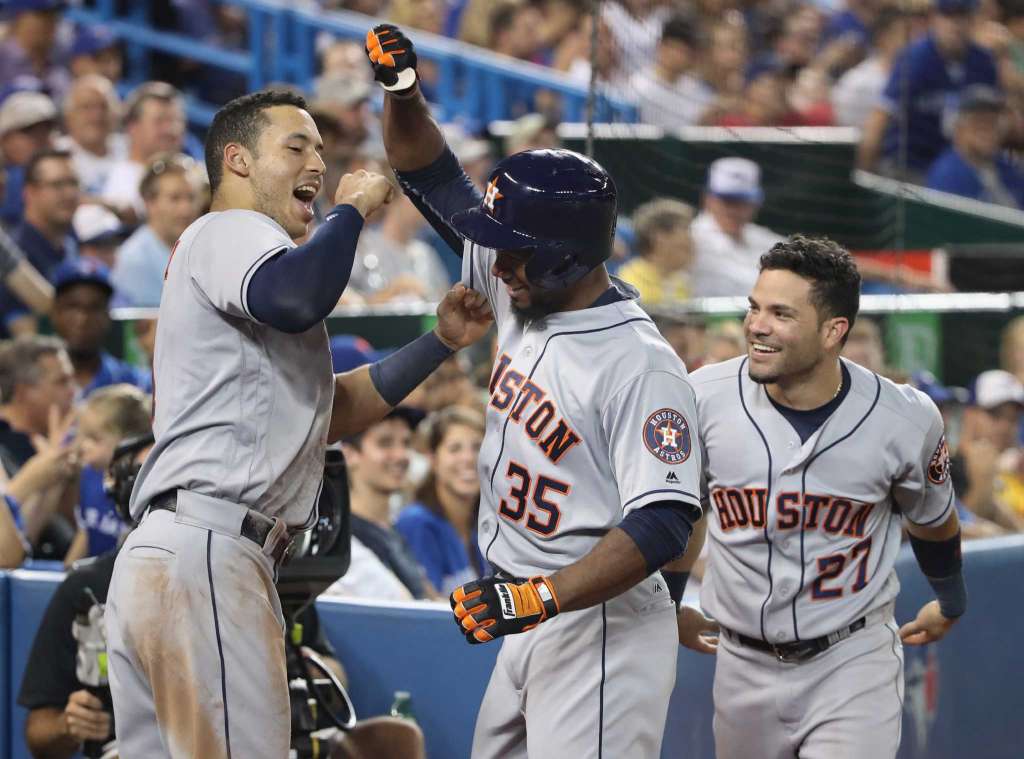 Every year after the 1st Year Player Draft in June, the Rule 5 Draft rounds out the year at the Winter Meetings. Each year, players who are stuck treading water with their current franchises are plucked out and given a chance to show what they can do when given a different opportunity. While the success rate of the players picked in this draft is not fantastic, it is a great way for teams to find overlooked gems that most teams didn’t bother to protect.

For those of you that don’t know what the Rule 5 Draft is, it is a draft that balances the scales of the minor league system. It prevents teams from stockpiling too many players that could be contributing on other teams. To be eligible for the Rule 5, a player must be in the minor league system for 4 seasons without being placed on a team’s 40 man roster, unless said player is 18 years or younger at the time of their signing, in which case they must be in the system for 5 years. A team that selects a player must keep him on the 25 man roster for the entire season or else risk giving the player back to their original team. For a player to be protected from the Rule 5, they must be placed on their team’s 40 man roster.

For teams with a surplus of talent in the minor league system, the draft has the potential to pluck talented youth away from their respective teams that could’ve been contributing pieces down the road.

Thus seemed to be the case with the Astros as they headed into the 2015 Rule 5 Draft. Having protected 7 players, including Joe Musgrove and David Paulino, before the deadline to protect players, the Astros risked potentially losing a number of talented prospects to the December Draft. JJ Cooper even predicted the Astros to be the loser of the draft when it was all said and done, stating they could lose multiple prospects by the end of the night.

However, The draft came and went with Houston not losing a single prospect to the Rule-5

At the time that seemed impossible, and even to this day, still is a huge head-scratcher. Houston left a sliver of prospects unprotected, and were pegged to lose as many as 4, but not a single one was. How lucky must the Astros have been to manage to keep all of them? Here are some of the notable ones.

The crown jewel left unprotected was RHP Chris Devenski. Devenski was coming off a breakout season in AA that saw him go 7-4 with an ERA just at 3.02. He even started the AAA National Championship Game going 7 IP, 1 H, 0 R, 0 BB, 9 K in the win. His walk rate was low and K rate average, making it almost eye-dropping that no team even attempted to give him a shot. Devenski was assigned to Fresno to start the season but was called up to Houston before he could throw a pitch. He has been a very valuable bullpen piece for the Astros this season. This season he has tossed 80.1 innings, keeping his ERA at a more-than-respectable 2.30 (2.54 FIP), only adding to the league’s regret of passing on him.

Hernandez was another unprotected. Having come off a disappointing 2015 that saw him regress offensively, most teams looked past him without a second look. Teams passed on Teoscar though in the 2015 Rule 5 Draft, and some were surprised to see him still in Houston heading into 2016. He put together a phenomenal 2016 hitting .307 with 28 2B, 10 HR, 3 SB over 107 games between AA/AAA. This was enough to earn him a call-up to Houston, giving him a chance to audition for an OF spot that is bound to open up in 2017. He’s still getting comfortable at the plate but has shown some promise and he should start to see more successful ABs as he settles in.

Another player left unprotected was Reymin Guduan, a flamethrowing lefty with control issues but a fastball that can hit triple digits. In 2014, the Astros left fellow flamethrower Jandel Gustave off, to which he was claimed by the Red Sox, traded to the Royals, claimed off waivers by the Padres, and eventually returned to the Astros. He has since gotten his feet wet in the big leagues in 2016. Teams were probably hesitant to attempt the same task with Guduan, but nevertheless could’ve been a good risk for some teame. Guduan meanwhile is putting together a solid 2016 campaign and could find his way to Houston soon as the Astros don’t have a ton of in house left handed options.

Other notable names that are having solid seasons in the Minor Leagues that went unpicked in the Rule-5 are RHP Brady Rodgers, RHP Jordan Jankowski, RHP Mike Hauschild, C Roberto Pena, and C Tyler Heineman.

In the Rule-5 Draft, teams have to gamble. It it virtually impossible to protect everyone, so decisions have to be made on whether a team should protect a player by adding them to the 40 Man Roster or risk losing them. The Astros gambled big time with a number of guys being left unprotected, and it paid off in a big way for them, as two players they left unprotected last December are currently contributing in Houston, with potentially another on the way soon. Teoscar Hernandez and Chris Devenski are going to be big pieces for the Astros in the future as they continue to get better and attempt to reach their ultimate goal of winning the World Series in the future. The Astros’ Rule 5 success story could be a huge step forward in achieving that goal sooner rather than later.