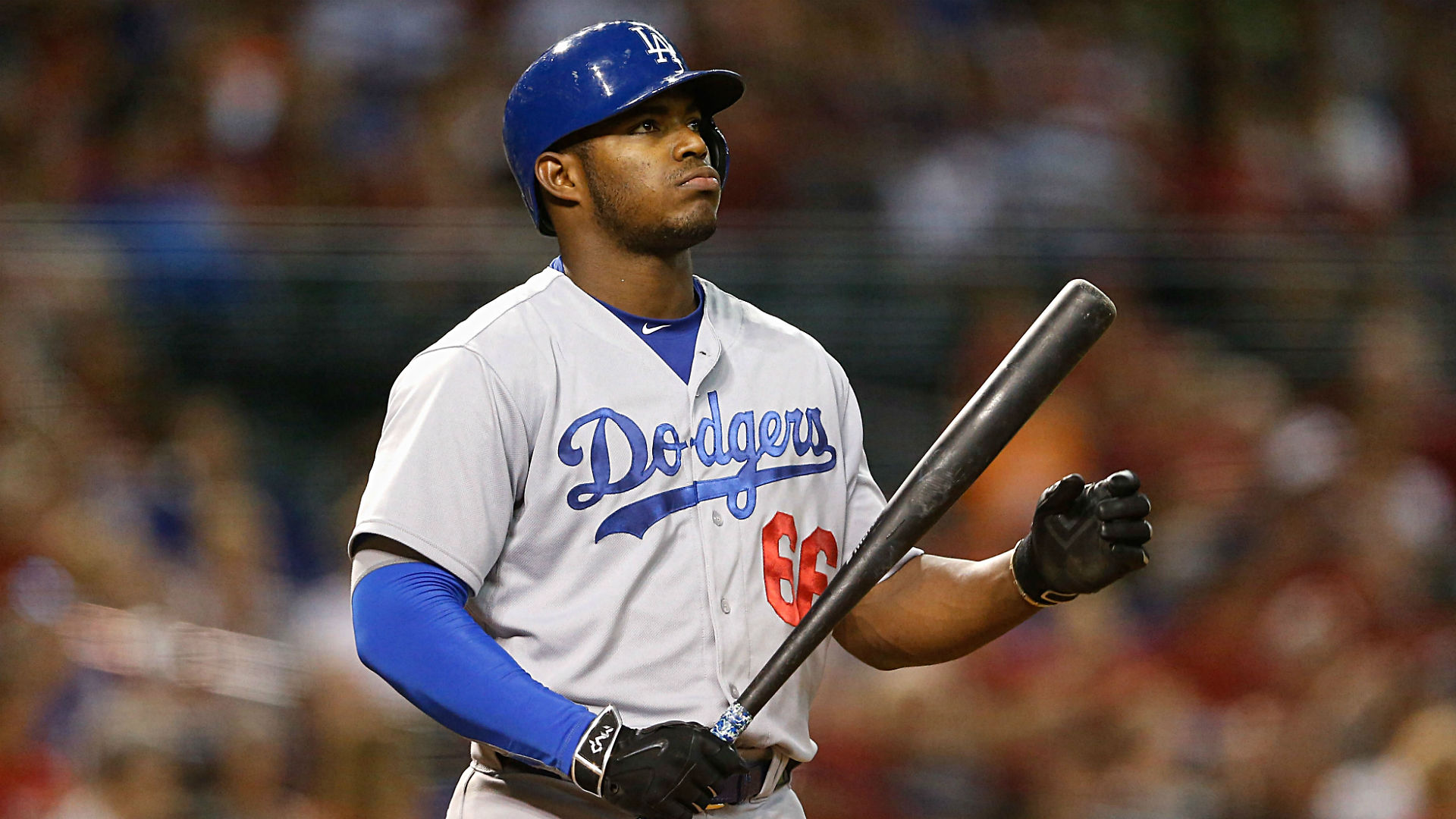 Should The Astros Go After Yasiel Puig?

The Astros have had a decent season to this point. After a very disappointing April that saw them dig a deep hole, they have climbed out and put heat on the Rangers. Unfortunately, the outfield production outside of George Springer just hasn’t been there. One potential upgrade the Astros could acquire would be Yasiel Puig.

As stated above, the production, or lack thereof, from the left field and center production has hurt this Astros this year. The Astros are currently last in wRC+ and 28th in WAR at the center field position. In left field they are 29th in wRC+ and 24th in WAR with a good majority of that WAR coming in April. Rasmus is a fan favorite but has had a grand total of 4 hits since July 1st.

The Astros do have some reinforcements coming in Yulieski Gurriel, who signed a 5 year, $47.5 million contract with the Astros last month. Reports indicate he should be joining the Astros within 1-2 weeks. He could possibly take left field but it still leaves a hole in center field. This is where Yasiel Puig comes in.

Puig was a big time Cuban prospect who signed a 7 year deal with the Dodgers in 2012. Puig is a phenomenal athlete with a big time arm in right field. He only played in 72 minor league games before being called up to the Dodgers in 2013. In 2013, Puig made a name for himself finishing second in the rookie of the year voting Jose Fernandez. Puig hit .319 with 21 2B, 19 HR in 104 games for the Dodgers his rookie season. He following that up with 37 3B, 16 HR, 69 RBI and a .296 BA in his sophomore season.

Unfortunately, Puig dealt with some injuries in 2015 and he only played in 79 games. In those games he hit .255 with 11 HR and a .758 OPS. So far 2016 has been a miserable year for him. This season Puig has dealt with a hamstring injury but still managed to hit .260 with 7 HR. His wRC+ of 94 is a career low for him. Put Puig in the Astros outfield though, and he is an upgrade over the production Rasmus and Gomez have provided.

Let’s take a closer look at his numbers. Puig’s walk rate is down this season but is striking out lower than his career average. To this point in the season, he has the lowest hard hit rate of his career which is largely due to his insane IFFB% (infield fly ball) of 25.3%. His career career rate is 11.8%. The rest of his batted balls are right around his career average. Puig is actually swinging at pitches outside the zone at a lower rate than his average and making contact at a higher percentage than in the past. On the downside, Puig is looking at a career high of pitches inside the strike zone (45.1%). So it is possible he needs to be more aggressive.

As stated earlier, Puig is from Cuba. The Astros just signed one of the best Cuban players of All-Time in Gurriel, and possibly someone Puig looks up to. Bringing in Puig with a veteran Cuban player in Gurriel could be a way to keep his emotions in check. Puig plays the game hard but has been criticized for taking some plays off or not running out batted balls. I also think getting him out of the “bright lights of Los Angeles” could do him so good.

With all that said, even though Puig is having the worst year of his career, he would still be an upgrade to the Astros. The Astros could put Puig in right field and move Springer to center. Also a factor to keep in mind, Puig is under contract for two more seasons and, according to Baseball Reference, will be eligible for one year of arbitration in 2019 before becoming a free agent in 2020. I have no idea what the Dodgers would ask for in return and getting a player like Puig is always a risk, but at this point with the Astros offense struggling need of a boost, acquiring Puig could help.

There were also rumors last season that the Astros attempted to trade for Puig before acquiring Gomez in July. Do you think the Astros should go after Yasiel Puig?