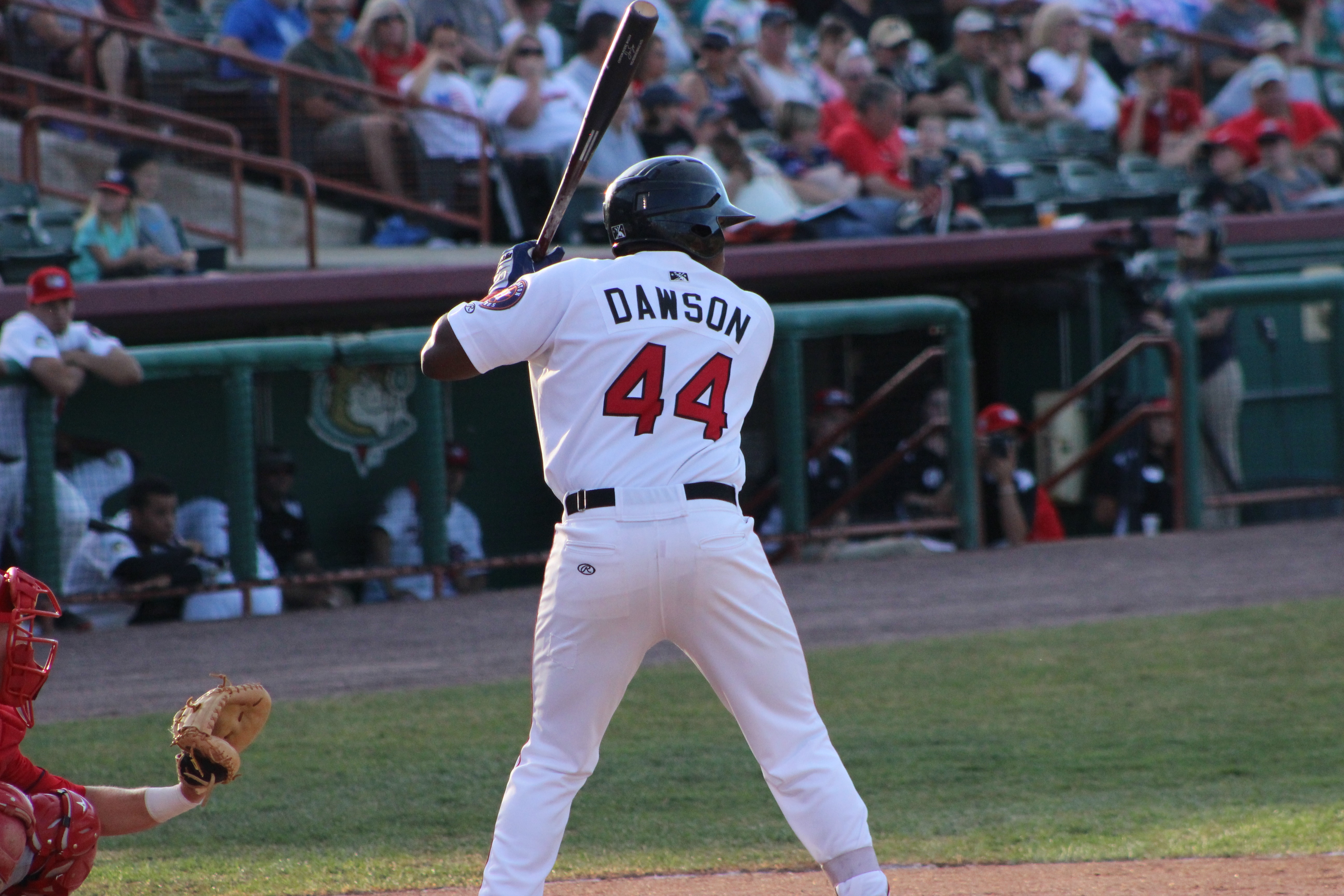 The third week of the New York-Penn League is winding down.  Here is a look at the top performers of the Tri-City ValleyCats in their series against the Pinckney Division’s Williamsport Crosscutters (Phillies).

After playing the first 11 days in a row to start the New York-Penn League Season, the Tri-City ValleyCats received a day off thanks to Mother Nature.  The opening game of the three-game series between Tri-City and Williamsport was postponed due to rain, turning it into a double-header the following night.

After surrendering two runs in the top half of the first inning of game one, the ‘Cats came back and rattled three unanswered runs of their own to take the lead.  A two-run single by Alexander De Goti in the second inning and a RBI single by Carmen Benedetti led the charge.  The small lead would be short lived as the Crosscutters scored three in the fifth, one in the sixth, and one in the seventh to put the game out of reach.  Tri-City would scratch across one more but would drop the first game 8-5.

Williamsport would pick up where they left off in game two placing the ValleyCats in an early 6-0 hole after three innings.  ‘Cats starter Austin Nicely (1-1, 5.40) was chased after the third inning after giving up all six on nine hits.  Tri-City would get on the board finally in the fifth inning largely due in part to a comedy of errors.  Williamsport had two throwing errors, a passed ball, and a wild pitch that led to two ValleyCats runs.  Both teams would add one more run in the seventh, but Tri-City would lose game two by the score of 7-3.

The third and final game of the series would finally go the ‘Cats way.  Scoring early and often, Tri-City enjoyed a nice 8-1 start after three innings.  Steven Wrenn led off the scoring by belting his third homer of the series and his sixth of the season.  The ValleyCats would rattle off 14 hits in all in the series finale.  Williamsport did make a push late trailing 8-4.  The Crosscutters had the bases loaded but just couldn’t capitalize on the opportunity to the delight of the nearly 4,500 in attendance.