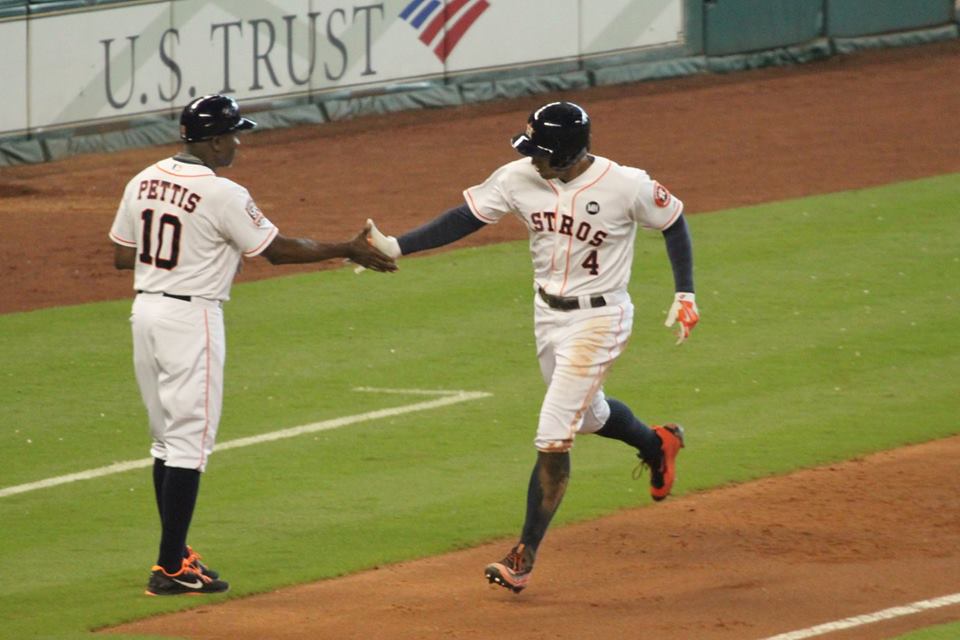 On Tuesday the MLB announced the All-Stars for the American League and National League All-Star teams.

Jose Altuve was voted in as a starter by the fans and will start his second straight All-Star game. This will be his 4th All-Star appearance of his career.  Will Harris was also selected as an All-Star for the first time in his career. From a waiver claim prior to 2015, to an All-Star closer. A great rise for Harris.

Unfortunately one of the fan favorites, George Springer, wasn’t selected. The good news though is that he is a candidate for the final vote meaning Astros fans have one more chance to get him to San Diego.

So far this season Springer is hitting .262 with 19 HR, 50 RBI and has lead the Astros come back moving into the leadoff spot on May 24th. He has also provided gold glove defense in RF and is one of the Astros’ vocal leaders in the clubhouse.

You can vote for Springer these ways:

Alright Houston, let’s get Springer into his first ever All-Star game. We see what he gives us on a daily basis, now let’s help him out.