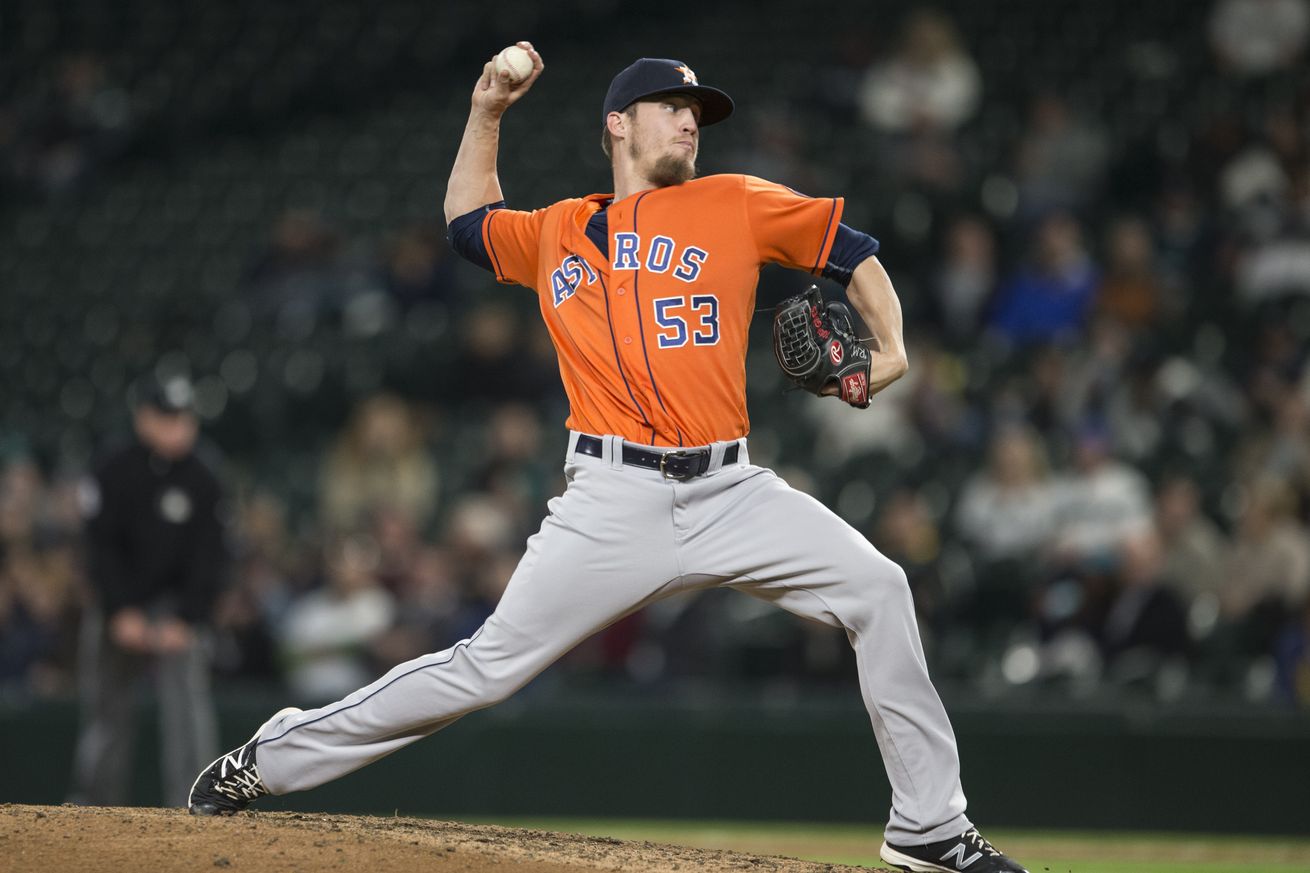 Coming off one of the more painful losses of the year, the Astros once again can’t seem to find their closer that can quietly put away the opposition. Even in the games the Astros win, the 9th is always an inning when fans have to hold their breath. After losing 3-2 to the Tigers after having gained the lead in the top of the 9th, the question of who should close Astros games once again comes to fruition.

Having used both Gregerson and Harris at closer in 2016, both have had their struggles to close games. Gregerson blew 5 saves before management decided to throw what was a lights-out Will Harris into the role of closer. For Harris, it hasn’t necessarily been an issue of blowing saves, but more making fans really sweat it out before having to be heroic at the end to get the win. He has only 2 blown saves, but in 13 opportunities. Since becoming the closer Harris has posted a 4.76 ERA with 22 hits in 17 innings with a 1.47 WHIP.

So the Astros are in what would seem to be a tough spot. Who should close? Gregerson or Harris? Both are phenomenal in the Set-Up role, but can’t seem to be the same player in the closer role. The answer to the question seems to be hidden in plain sight.

Ken Giles, as many Astros fans know, is the next guy in line. After coming over to the Astros in the controversial trade that saw 2013 #1 Overall pick Mark Appel and Astros Flamethrower Vincent Velasquez get shipped out to Philadelphia, Ken Giles was not awarded with the Closer Role. It was brought up by a few that it was potentially a money-saver once Giles was eligible for arbitration, enabling them to sign Giles to the salary of a reliever, not of a closer. This was very shocking to Astros fans considering he was traded to the Astros with them in need of a true closer.

Gregerson, who was awarded with the position, is not a closer. In fact, Gregerson had only 19 saves in his 6 years with San Diego prior to signing with the Astros in 2015. He simply doesn’t have the speed or stuff to be a lights-out closer. In 2016, he’s blown 5 saves in 19 tries. Not the kind of production you want to see from a closer.

Will Harris was nothing short of masterful as a Set-Up man, showing all of baseball that he was one the best in the relieving business. Since being promoted to closer, he has not been the same “Trill” Harris as the Astros call him. The Astros broke the rule of “If it ain’t broke, don’t fix it” and moved Harris when he was just fine in the set-up role, which has been costly for them as of late.

By now it’s well documented that Ken Giles struggled out of the gates in April, making everyone believe Hinch and company made the right call with keeping Giles out of the closer role, especially considering Gregerson’s early success in the role. 100-Miles Giles, as he was named for his triple digit fastball, even saw a regression in velocity to the mid-90s, struggling to even hit high-90s. But since then, Giles has recovered from his early struggles mightily, including his regain in velocity, hitting triple digits again and averaging 98-99 mph. Meanwhile Gregerson started his downward spiral leading to his demotion from the closer role. Giles is now pitching like the Giles the Phillies came to know, and since hasn’t allowed an earned run in July and since June 1st has pitched in 20.1 IP, allowed 15 H, 4 BB/32 K, and boasts a incredible 1.32 ERA, making one ask themselves “Is it time to make another change at Closer?”

Giles is a closer. Simple as that. It’s possible that his struggles early on could have been a mental issue after not winning the closer job in April. If that’s the case, then the Astros dropped the ball on this one. Giles has the stuff and mentality of a closer. The fix is simple.

After an awful start in April, the Astros have climbed their way back up into the Postseason picture and back into relevance. With the Rangers currently in 1st place by 4 games and the Astros out of the Wild Card by 1.5 games, the Astros are entering their toughest stretch of the season and can’t afford to lose anymore ground in either race. It’s time to make the move we thought we made in the offseason and give the keys to Ken Giles. Whether you want to believe it or not, he is the key to the Astros’ season

In this article:astros, Closer, Houston, Ken Giles, Will Harris