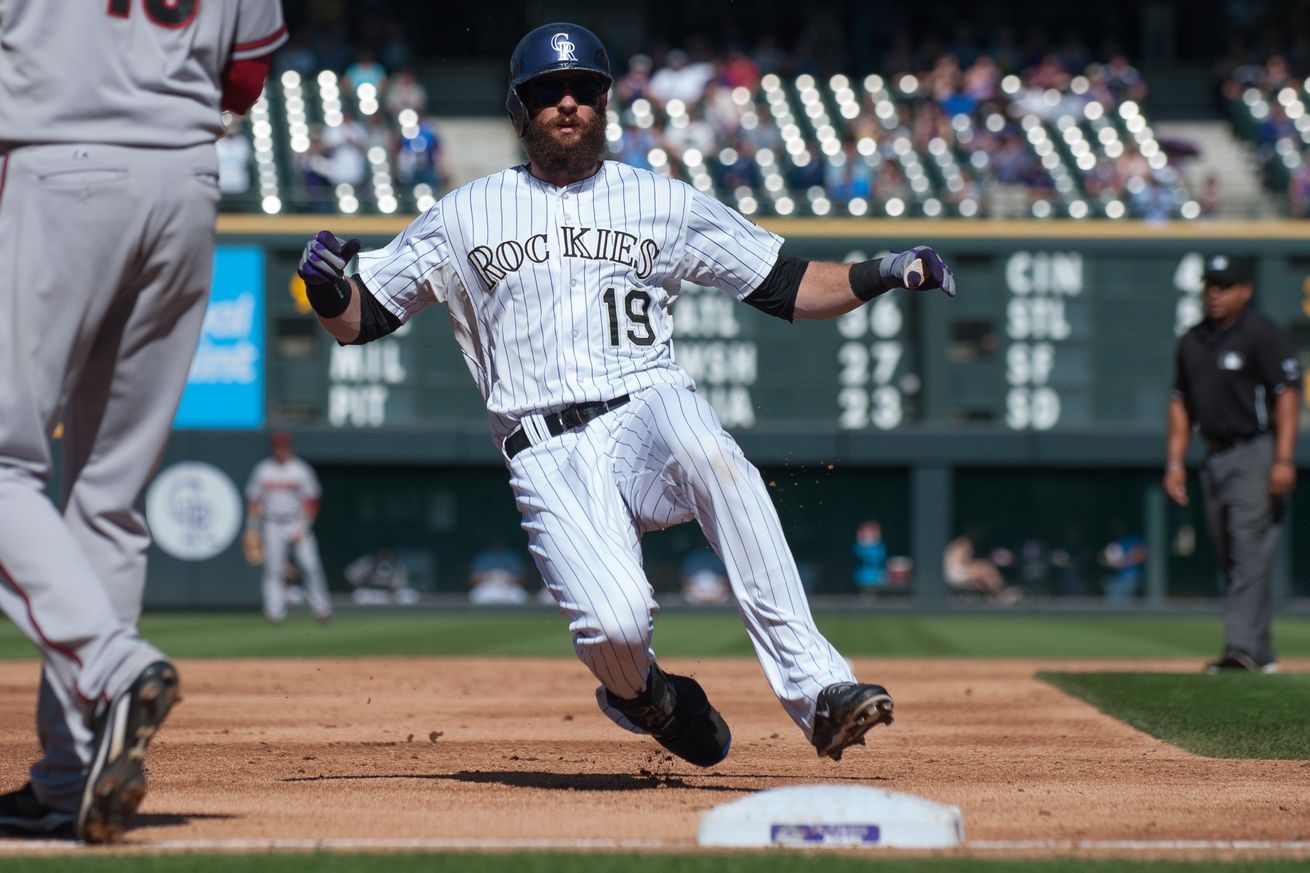 Charlie Blackmon An Option For The Astros?

Trade Deadline Season is rapidly approaching its conclusion, and contenders are scrambling to find the final pieces to their Postseason Puzzle. The Astros meanwhile are not as desperate to address their weak spots as some of their foes are. Nevertheless, trotting out multiple OF on a daily basis that struggle to be consistent could be costly later on. With several teams out of contention with quality OF bats, the Astros could look to upgrade without having to break the bank.

One of these players is Colorado Rockies CF Charlie Blackmon. Blackmon has really come around in recent years to become a very reliable player day in and day out for the Rockies. With the Rockies operating 10 games back of the 1st Place Giants and 6 games out of a Wild Card Spot, the Rockies could become sellers before the August 1st deadline.

It’s pretty blatant that Colby Rasmus and Carlos Gomez have struggled mightily this season. Neither have been able to show any consistency at the plate and while each have their hot streaks, one has to wonder if the team can depend on those steaks to show up at the right time and in time to make their run at the division and into the postseason. While Blackmon has his struggles on the road, he is still a huge improvement in CF than what production Houston has been getting this season.

Blackmon has batted lead-off all season for Colorado but with Springer thriving in the Leadoff, Blackmon can slide into the #2 Hole in front of Altuve and see some fastballs in the zone. This gives AJ Hinch the option to keep Bregman lower in the lineup and get him used to seeing Major League pitching and take some of the pressure off of him.

Blackmon is in his Age-30 season, and is still in arbitration, so he would be in Houston through at least 2018. That is a plus considering Houston will lose both Gomez and Rasmus after the 2016 season. Blackmon isn’t considered an elite player, but he is still a great player, meaning the Rockies will want some quality pieces in return for him, but Houston is rich in prospects and should be able to strike a deal without parting with any premium blue-chip prospects.

There is a good chance Houston doesn’t add to the lineup via trade, but if they were to explore the Market, Blackmon should be high on their board. Regardless of if it is before the deadline or at the end of the year, Gomez and Rasmus’ time in Houston is coming to an end, and Houston needs to have a replacement for them. Trading for Blackmon gives them a great replacement at a low cost that will be around for a few years. With them only 2.5 back from the Texas Rangers and the deadline days away, the Astros should jump at the chance to upgrade their OF production.