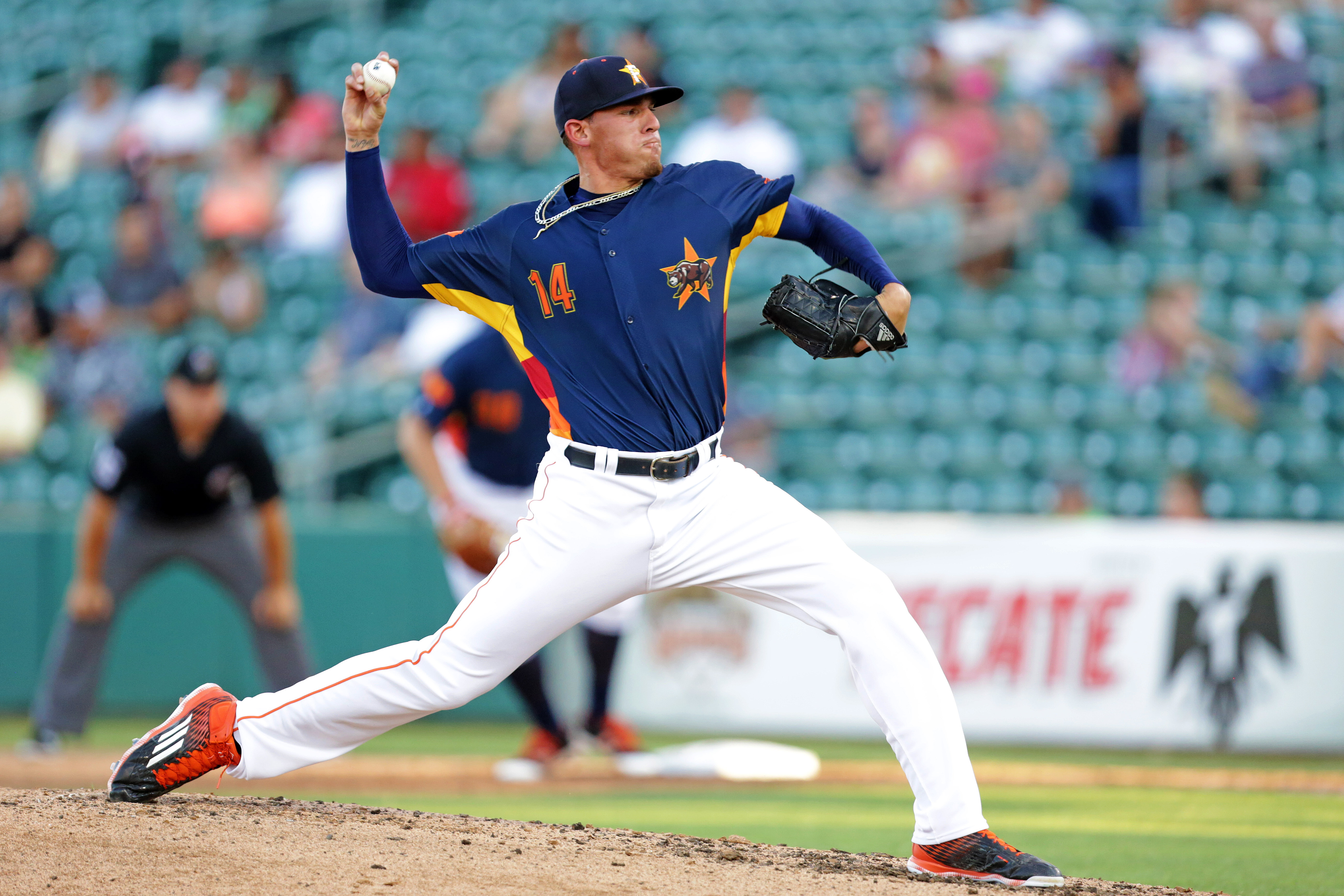 With the trade deadline less than a week away, we continue our Astros Trade Review series reflecting on past trades. This trade took place back in July of 2012 when the Houston Astros and the Toronto Blue Jays made a huge 10 player trade.

The full trade ended up as follows:

Blue Jays Side of Things

J.A. Happ was kind of the centerpiece of this trade for the Blue Jays. For the Blue Jays, some fans scratched their heads as they gave up some pretty high draft picks (Wojciechowski, Musgrove, Comer) for a pitcher that was always just seen as average. Despite this, the Blue Jays were happy because they were in desperate need of pitching and were willing to give up the prospects to get it. While Happ is pitching really well for the Blue Jays this year (13-3 record, 3.27 ERA), he has spent time with other clubs, too. After the trade, he spent the next two years with Toronto before splitting 2015 between the Seattle and Pittsburg organizations. Back with Toronto this year, he is having a very solid season. Reflecting on the trade, though, the Astros were in full rebuild mode at this point so to give up a middle of the rotation starter for a bounty of prospects was worth it for Luhnow.

Brandon Lyon was a decent arm out of the bullpen at the time of the trade. By no means was he a shutdown reliever, but he was a quality arm and went on to have a nice season after the trade for Toronto (4-0 record, 2.88 ERA).   The next season (2013) Lyon signed with the New York Mets. After a rough go of it for the Mets, he has not pitched in the majors since.

There were a lot of people in Toronto rejoicing when Cordero was sent to the Astros. Unfortunately, for a player who use to be a really good closer for teams like the Rangers, Brewers and Reds, he just didn’t have it when he reached the Astros. Realistically, though, the Astros were okay with that. We were not good. We did not mind losing (meant higher draft picks). Most importantly, he was mostly a throw in for that trade. The real value for the Astros came in the form of prospects.

Similar to Cordero, Francisco was also just a throw in for the Astros. He really was your prototypical fourth outfielder. He really wasn’t starter quality, but could play all three outfield positions and could give a breather to the regulars. For the Astros, they were hoping to catch lightning in a bottle. After a brief audition with the Astros, Francisco’s tenure was short lived as he was traded about a month later to the Rays for a player to be named later (LHP Theron Geith).

Wojciechowski was the 41st overall pick in the 2010 draft by the Toronto Blue Jays. Needless to say, it was a shock for Blue Jays fans when he was traded only a couple of years later. Despite this, Woj just could never find a groove with the parent club. With the Astros, he pitched at multiple levels in the minors (with varying success), but did not find success at the majors. He always seemed to be that guy who is good enough to pitch double or triple A, but may struggle to consistently stay on a big league club. He was designated for assignment by the Astros in May of this year and is currently in the Miami Marlins organization.

The Toronto Blue Jays drafted Rollins in the 24th round. A lefty reliever, he pitched well in the minors and was expected to eventually compete for a spot in the Astros bullpen as a lefty specialist. That never came to fruition for the Astros, though, as Rollins was selected by the Seattle Mariners in the 2014 Rule 5 draft. In 2015, Rollins was suspended 80 games for a failed PED test. Since then, Rollins has pitched parts of two seasons with the Mariners with poor results.

Let’s be honest, if Joe Musgrove was the only player we acquired in this deal, it would be a win for the Astros. Musgrove has pitched very well for the Astros this year and sits as the Astros’ 7th best prospect and the 87th best prospect in baseball, according to MLB.com’s midseason rankings. While he may not have the ceiling of some others, he does project to be a very solid mid-rotation starter. I would not be surprised if he found his way onto the Astros this year when rosters expand, but if not, should definitely see time next year.

Carlos Perez spent a couple of seasons in the Astros’ organization playing both double and triple A ball. He showed a decent average but never really showed much power (6 homeruns being his highest total in 2014). In November of 2014, Perez was traded alongside Nick Tropeano to the Angels for Hank Conger.

When Comer was added as the player to be named later, Blue Jays fans started to feel like they got fleeced in the deal. Comer was the 24th best prospect in the Blue Jays organization and a lot of people thought highly of the righty. Unfortunately, with the Astros, he has just not lived up to his potential. At 23 years old and only in high A ball, there is a lot of doubt as to whether Comer can live up to the potential he once had.

Overall Grade For Trade: B

You can look at this deal in two lights. The first is that it is proof that not all prospects pan out. At the time of the trade, the Astros acquired the Blue Jays’ 14th (Musgrove), 15th (Perez), 18th (Wojciechowski), and 24th (Comer) best prospects. Despite this, though, it only appears two of them will live up to their potential at all (unfortunately one with a different team). On the other hand, you have to give Luhnow a lot of credit on this deal. He was able to take a mid-rotation arm, a decent bullpen arm, and a prospect and turn it into four of the Blue Jays’ top prospects. As I mentioned before, Musgrove alone would have made this trade a win, but it also highlighted Luhnow’s ability to turn assets into quality prospects.