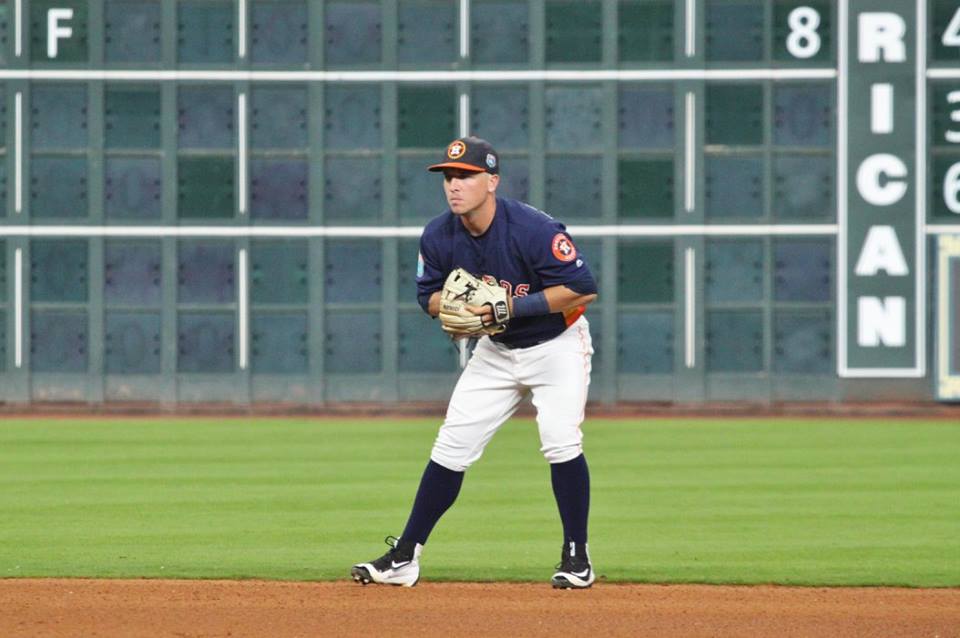 As most are aware, Alex Bregman and Teoscar Hernandez were promoted to AAA Fresno Grizzlies this week following the Texas League All-Star game. They both made their AAA debuts last night.

Alex Bregman got the start at shortstop, hitting 2nd for the Grizzlies. His debut went just about as good as I could have predicted. In his first at-bat Bregman singled on a grounder to left field. He would eventually score on a Tucker HR. In his 2nd at bat he had an RBI double driving in Heineman. It at bat #3, Bregman came through with an RBI single. In the 5th inning, Bregman came up again and crushed a ground rule, RBI double to CF. Bregman proved he was human striking out in this 5th at bat but he made up for it in the 6th plate appearance drawing a walk. Here was Bregman’s final line:

Not be overlooked was Teoscar’s debut. Teoscar was in the lineup batting 7th and playing CF. He struck out in his first at bat but things would only go up from there. In his 2nd at bat he triple to LCF for his first AAA hit. In his 3rd at bat Teoscar hit an RBI single to right field. In at bat #4, Teoscar hit a 2 run HR to left field. In the 7th Teoscar came to the plate again and hit a single to RF. Teoscar got one more at bat in the 9th but grounded out to shortstop. Here was his final line:

It was a great night for both players in their AAA debut as the Grizzlies rolled to a 23-3 win. If they keep this up, they won’t be in the minors much longer.