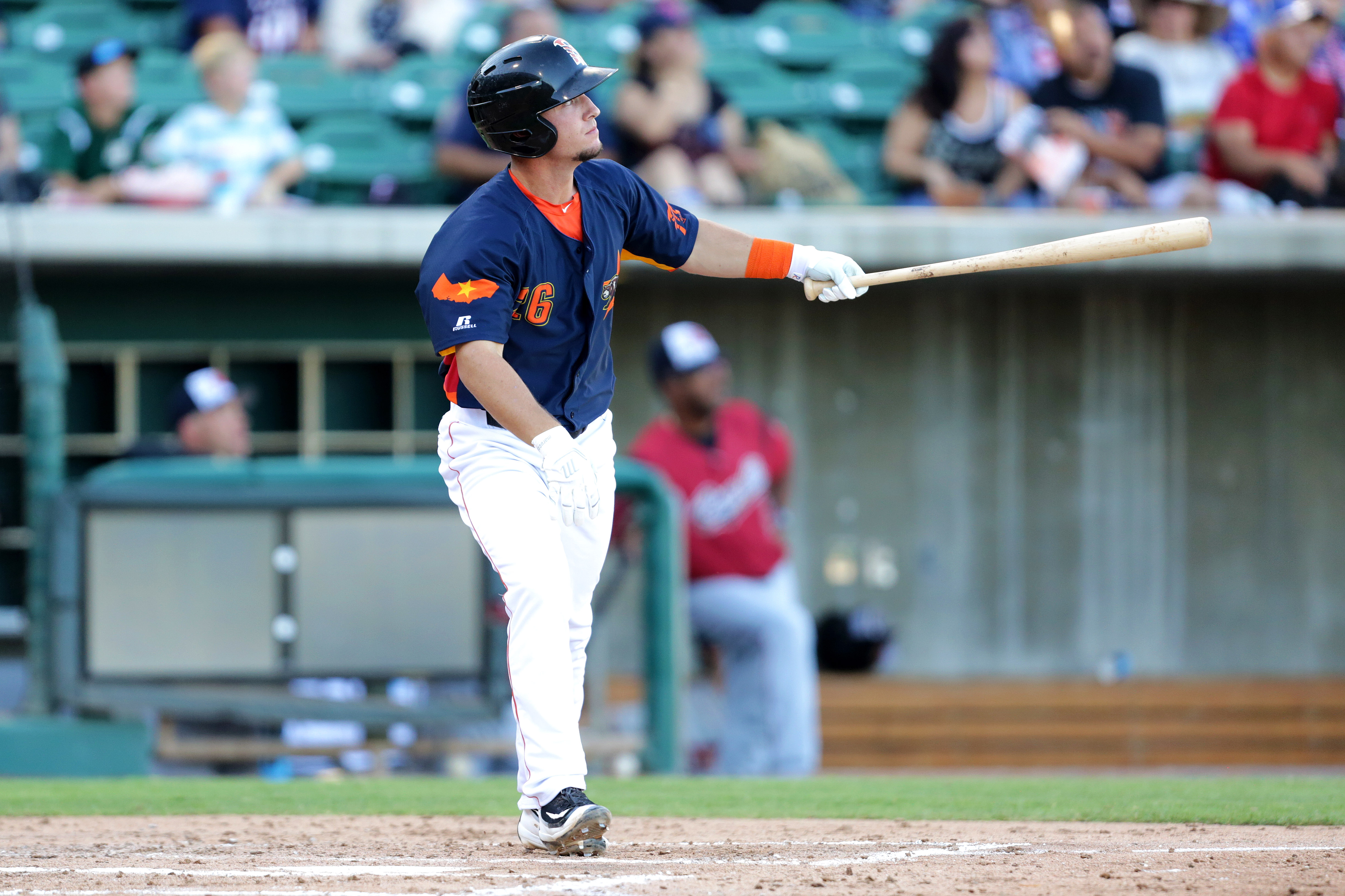 Alex Bregman continued to show the Astros organization that he is ready for the next step in his baseball journey.  On Sunday night at the Future’s Game at PETCO Park in San Diego, Bregman not only flashed some leather in the field, he also went 3-for-5 at the plate and was a home run short of the cycle.  Bregman and U.S. Futures squad would fall to the World Future’s squad 11-3 in the exhibition game.

U.S. would jump out to an early 2-0 lead in the bottom half of the third inning.  Bregman, who already had a triple under his belt, would rip a double to the left-center gap and would score the game’s first run on Cleveland Indians #2 prospect Clint Frazier‘s double.  Frazier would later score off a Dominic Smith (New York Mets #1 prospect) groundout.

Chance Sisco, the heir apparent to Matt Wieters in Baltimore, gave the U.S. a 3-0 lead in the bottom of the fourth on an opposite field home run.  It was just Sisco’s second home run of the season.  Bregman would pick up his third and final hit in the inning which was a single off the glove of World’s short stop Willy Adames (Tampa Bay Rays #3 prospect).

It looked like things were going to go the U.S. Futures way until the World’s bats heated up.  The World Futures team would scratch two runs across in the sixth inning to make things interesting.  Yoan Moncada put the World team in the lead in the eighth inning with a two-run blast.

The World team would score seven more runs in the ninth to bring the game to 11-3 where it would stay.

Bregman, who popped out in the bottom of the seventh, had one more chance to hit for the cycle in the bottom of the ninth. It wasn’t to be as he would strike out to end the game. Bregman finished the game 3-for-5 with R, 2B, 3B. Both Bregman and Musgrove showed they are ready to contribute to the big league club and it may not be much longer before we see them wearing an Astros jersey.

As a fan of the minor leagues, the Future’s Game has always been the best part of the All-Star Break.  You are able to see so many of the young players that you read about and in some cases write about doing their thing for a National audience. Sunday night’s game was no different and didn’t disappoint.