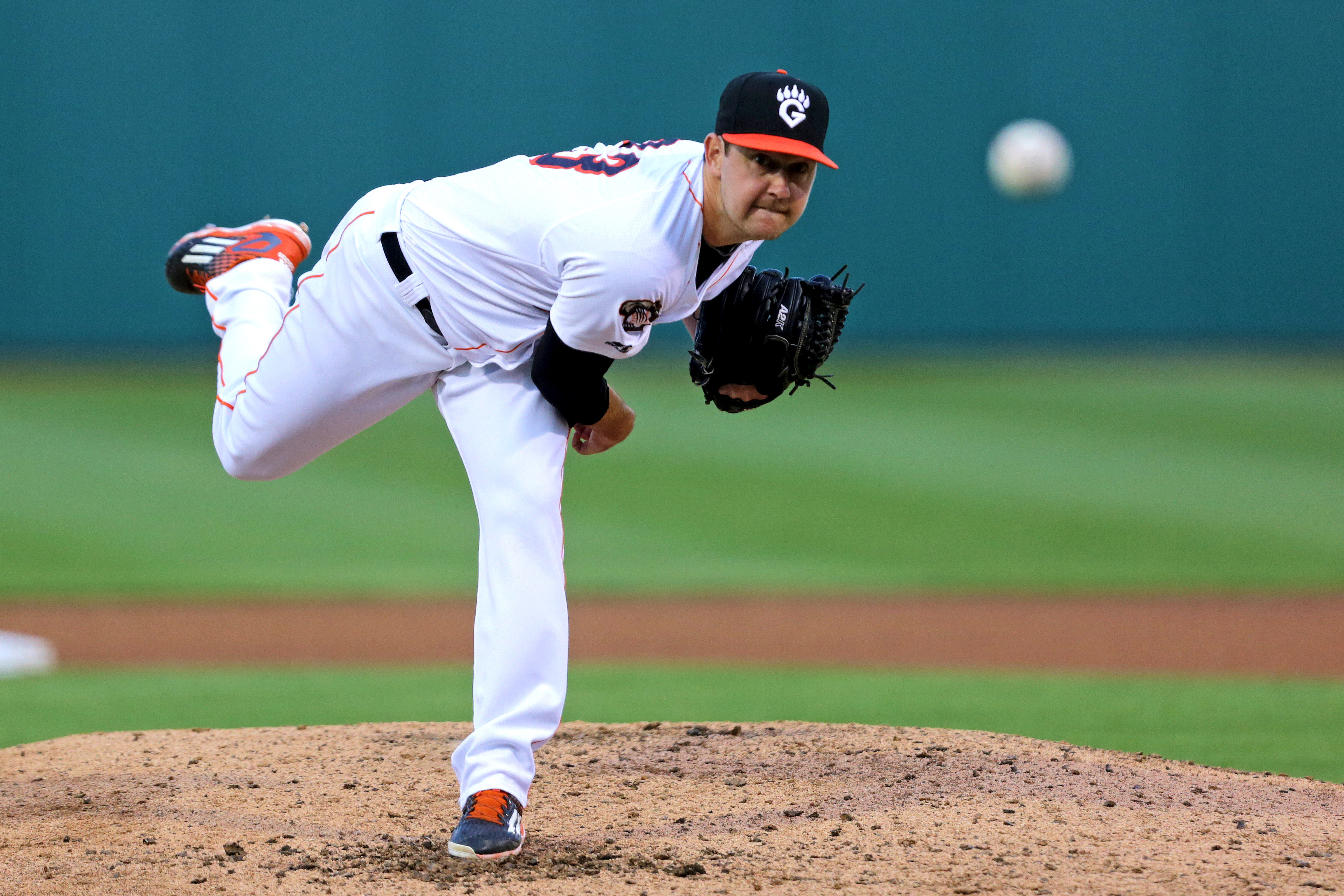 Duffy was drafted by the Astros in the 20th round of the 2011 MLB Draft. He has hit at every stop in the minors and has really been consistent. His first full season he had 16 HR with .280 BA. Next season he hit .309 with 24 HR. Next season he hit .288 with 18 HR and in 2015 he hit .294 with 20 HR. Duffy has always been a bit older than the league average but has proved he can hit. He played primarily third base in the minors but has recently started getting time at first base. – JP (Jimmy)

Kemmer was drafted by the Astros in the 21st round of the 2013 MLB Draft. The left handed hitting outfielder has moved through the system pretty quick reaching AAA in under three years. In 2014 Kemmer hit .291 with 25 2B, 16 HR in just 91 games between Quad Cities and Lancaster. Last season with Corpus he hit .327 with 18 HR, 65 RBI in 104 games. Kemmer is a big outfielder, listed at 6-2 and 230 lbs, restricted to LF or RF. Though he does have some athleticism and won’t be an issue as a defender. He started out slow in AAA this year but has picked it up of late. – JP

Rogers was drafted by the Astros in the 3rd round of the 2016 Draft and has elite defensive skills behind the plate.  I texted one of Rogers’ teammates at Tulane shortly after he was picked. He said Rogers was the best catcher that he’s ever played with, and that he has a “stupid pop time.”  I know some of the catcher’s that this kid has played with before, so that is high praise.  Even if Rogers never becomes an offensive force, there truly is Yadier Molina type talent in his defense behind the plate. His bat is still developing but has shown some pop and had his best year at Tulane his junior season where he hit .261 with 7 HR. – Grayson

Acquired in the Carlos Corporan trade with the Rangers, this former second round pick sports a fastball that sits around 92-93 mph with enough athleticism and size (6’5, 215lbs) to project an increase as he develops.  Bostick also features a slider and change that will need to improve for him to remain a starter.  While still very raw Bostick could have one of the highest ceilings of any pitcher in the Astros system due to his athleticism. – Rob

McCurry’s stock is hurt slightly by the fact that he pitches exclusively out of the bullpen, but he could be a well above-average bullpen arm in the near future.  McCurry doesn’t rely on an electric fastball, but has pinpoint command.  He does flash a plus curveball that he relies on heavily and a changeup that’s an average offering.  Anybody with three average offerings can be successful out of the bullpen. McCurry has consistently posted very good strikeout rates with a career rate of 11.6 K/9. – Grayson

Garrett Stubbs won both the Pac-12 Conference’s Defensive Player of the Year award and the Johnny Bench Award (given to the best catcher in college baseball) but fell to the eighth round in 2015 due to his small stature and questions about his bat. While Stubbs remains small for a catcher, (5’10, 175 lbs) he has shown the ability to hit in his brief time in the minors. Currently sporting a .305/.399/.473 slash line in Lancaster, Stubbs continues to show a knack for getting on base. While Stubbs bat will remain in question as he progresses through the minor league system, his defense will not as he has thrown out base stealers at a 68% clip (7/15). If Stubbs continues to hit, he could be the Astros future behind the plate. – Rob

Martin was drafted by the Astros in the 8th round of the 2013 MLB Draft. He was taken as a high potential outfield prospect who could run and hit. Martin is a left handed hitting outfielder with the ability to play center field. He has good speed but it has yet to show up on the base paths. He bounced around rookie ball and made his full season debut with QC last season at just 19 years old. He ended the season hitting .270 with 8 HR in 105 games. He has done a good job of drawing walks as well with 47 BB in the 105 games. This season he has upped his power game with 12 HR in 57 games already in the California League. I was a bit higher on Martin than the others. – JP

Sierra was signed for a million dollars out of Venezuela as a 16 year old in 2014. He profiles as a plus defensive shortstop with athleticism but with some big questions about his bat. So far he does not have much power, being more of a line drive hitter but due to his age there will always be potential for that to improve. If Sierra hopes to make the big league club, he will have to improve his approach at the plate and continue to develop the tools that led to his large signing bonus. – Rob

Don’t look now but it looks like this former ASU Sun Devil has figured something out.  Drafted in the third round in 2012, Rodgers has been a mediocre starter at all levels he has been to, sporting a 4.22 combined ERA across 3 levels, though he always displayed good control with a career walk rate of just 1.6 BB/9. That was until this year where something seems to have clicked for him at AAA Fresno, Rodgers currently has a 2.99 ERA over 12 starts with an incredible 74/9 strikeout to walk ratio. While this remains a small sample size if he continues this dominance, Rodgers will find himself in the big league rotation by the end of 2016. – Rob

Celestino was a big time international signing by the Astros when they signed him for $2.5 million. Celestino is known for his athletic ability and instincts in the outfield and was also seen as one of the most polished prospects in his class. Scouts like his makeup and expect him to fill out more as he matures. He still has a long way to go but definitely a guy to watch in the coming years. – JP