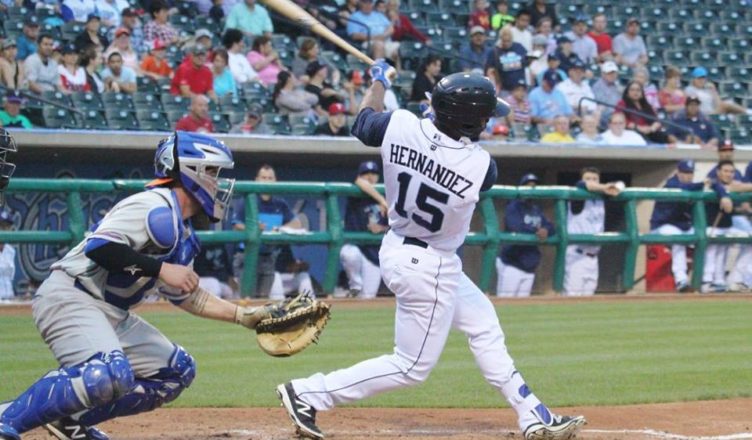 Here are the prospects ranked from 20 down to 11!

Reymin Guduan has evaded the Rule-5 draft last year, and the Astros are lucky he did. Guduan wasn’t selected because of control issues, but he features a triple digit fastball, which you would’ve thought would be enough to be given a chance. But Guduan is still with Houston where he signed back in 2009. He stands 6’4 and throws left handed and as stated previously is the owner of a triple digit fastball. He also has a slider which continues to improve to a plus offering. Until 2015, he was more of an afterthought when he broke out and had his first successful campaign. Since then, he’s been one of the most dominant relievers in AAA this season, and could find himself in Houston sooner rather than later if his control continues to improve. – Johnny

As a former TCU Horn Frogs closer, Riley Ferrell is set up to be a near immediate impact pitcher in the Astros bullpen as soon as this year. So far the only thing holding him back has been his durability, Ferrell is currently out for the season due to an aneurysm in his throwing shoulder. Ferrell throws a high 90s fastball touching 97-98mph with a wipeout slider. Ferrell will need his control to improve to have a chance to close but his stuff is good enough right now to carve out a spot in the pen. – Rob

Perez is a young, athletic starting pitcher signed by the Astros for $1 million out of Venezuela. At just 16 years old Perez was sitting 91-93 MPH with his fastball. He should be able to add more velocity as he still has room to grow on his 6-3 frame. He also possesses a plus curveball and a chanegup which is still developing. Perez might have the highest ceiling of any starter in the Astros minor league system. The Astros thought enough of his work to bring him stateside at just 17, last season, and now he is in full season at 18 years old. – JP (Jimmy)

James Hoyt is as dominate a reliever than any in the Astros’ system. Not your typical prospect due to the fact that he is 29, his road to the Astros has been a long, interesting one, having played in the Mexican Leagues and signed by the Braves in 2013 for his first shot at professional baseball. He was then traded to the Astros in the 2015 Evan Gattis Trade, and since has dominated. He features a high-90s fastball and a devastating slider and splitter that both hit in the high-80s. He strikes out hitters at a very high rate (16.14 K/9) and his control is very good, as he can throw all his pitches for strikes consistently. Barring an injury in the Astros’ bullpen, Hoyt will be the next reliever in the Minor Leagues to get the call. – Johnny

Arauz was acquired in the trade that brought Ken Giles to the Astros this past off-season. In 2015 at just 16 years old he played for the Phillies Rookie level team and held his own hitting .254 with 10 2B, 2 HR in 44 games. I spoke to a scout who said Arauz is a “legit stud”. He is a lefty hitting shortstop with good bat to balls skills and the frame to add more power. Arauz has chance to make the Giles deal great for the Astros. He should be starting his season soon with GCL or Greeneville. – JP

I was much higher on Dawson than the rest of the staff here at Astros Future.  He has an ideal physical frame for an outfielder, as he stands at 6’2″ and weighs in at 225 lbs.  He has a short, compact swing from the left side of the plate.  I love his swing right now and if he kept it he could be a perennial league leader in doubles and still run into 20 HR’s.  He also has plus speed, he’s a rangy outfielder and is a threat on the basepaths.  Dawson will most likely end up in a corner outfield spot but should provide solid defense. Dawson is one to keep an eye on. – Grayson

Gustave probably has the best fastball in the Astros system. It sits in the high 90s and can reach 102 MPH. He also mixes a slider that can be a plus pitch at time, though he needs to be more consistent with it. The Astros nearly lost him for good in 2014 in the rule 5 draft draft but he was returned before the start of the season. He pitched all of 2015 with Corpus and posted 2.15 ERA though he only struck out 49 in 58.2 innings. He has pitched this season with Fresno and while the ERA is a bit higher, he has done a nice job striking guys out. – JP

Abreu has burst on the scene in the Minor Leagues, going from relatively unknown to eye-opening in a span of months. Signed out of the Dominican Republic in 2013 at the age of 17, he quietly dominated Rookie Ball, and really broke out in 2015 in Low A Quad Cities. He has hit somewhat of a rough patch in 2016, but will continue to adjust to the hitters he faces. Abreu will continue to fill out his frame, currently standing 6’2″ and weighing 175. Topping out at 99, he has elite velocity for his age. As he develops and grows, he’ll improve in throwing his offspeed pitches, which includes an already nasty Changeup. His control will improve with time, and he’s going to continue to get better as he learns to pitch in the higher levels soon. – Johnny

The 23-year-old Davis was a multi-positional star in college, playing third base, first base, pitcher, and some outfield. The Astros have settled on him as a third baseman. Davis certainly has the power profile for the position, hitting 50 homers in his first 253 minor league games and is a career .278 hitter. Davis has struck out 287 times in 985 career at bats, and while he has maintained a decent walk rate in the minors, his swing and miss issues combined with his average bat speed are likely to prevent him from ever developing much of a hit tool. He had plenty of arm for third and is an adequate defender. – Wayne