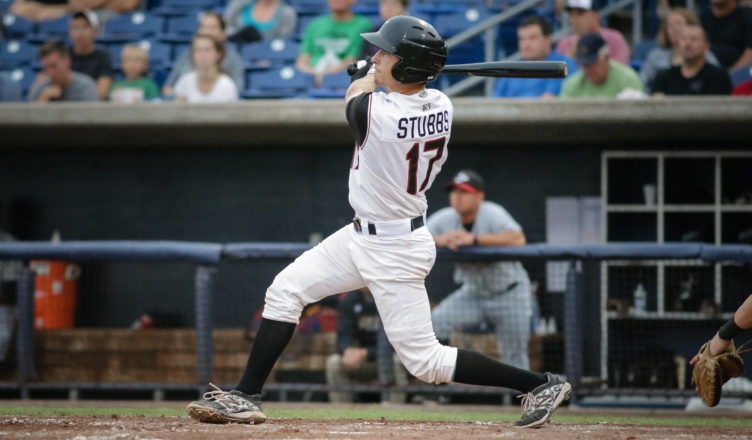 Finding top prospects at the catcher position is very difficult. There just aren’t many, especially at the big league level that can hit and play defense. Only a few come to mind like Buster Posey, Yadier Molina, and Jonathan Lucroy. Over the last four drafts the Astros have selected 11 catchers in the top 20 rounds with 5 of them coming in the top 10 rounds. Coming into 2016, none of them have really established themselves as the best catching prospect in the Astros system. Well that has changed this season.

In 2016, one of those catchers drafted has made a push to be called the best catching prospect in the Astros system and he is Garrett Stubbs. Stubbs was drafted by the Astros in the 8th round in 2015 out of the University of Southern California.

Stubbs had a very solid college career starting all four years for the Trojans and racking up many awards. His senior year he won Pac-12’s Defensive Player of the Year and the Johnny Bench Award, awarded to the nation’s top collegiate catcher. Some notable Johnny Bench Award winners are Pentecost, Zunino, and Posey.

Not only was he good defensively, he hit very well his senior season. His senior season he finished with a .346 BA/.435 OBP with 15 2B, 1 HR, 25 RBI, 27 BB/31 SO and 20 stolen bases. The stolen bases shouldn’t come as a shock either as Stubbs is a tremendous athlete. Throughout his whole collegiate career he showed a great ability to make contact and limit the strikeouts with a career strikeout rate of 10.6%.

His home and away splits could cause some concern: .364/.433/.610 at home; .224/.387/.347 on the road. Even then, his road OPS is still .734. Probably too early to make a judgment on the very small sample of 49 road at-bats. We won’t know if the power is legit until he hits Corpus but if he can hit for average while maintaining good walk and strikeout rates it can make up for the lack of power