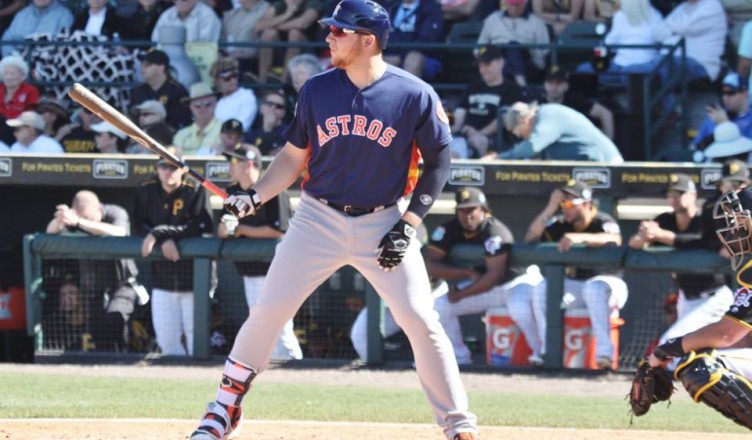 Report: AJ Reed Called Up By The Houston Astros

For the Houston Astros, first base has been a position of weakness ever since Lance Berkman was traded, signaling the beginning of one of the most infuriating rebuilds in professional sports history. Since then, the Astros have tried many guys at first base. Jon Singelton was once viewed as the future, but his struggles were ongoing, Chris Carter was a literal boom-or-bust hitter, and Tyler White could no longer solve AL pitching after his first two weeks of the season.

Enter AJ Reed, one of Houston’s only remaining Mega-Prospects from the minor league system, who according to reports, was called up today to the Houston Astros to man first base full time.

Source tells me AJ Reed has in fact been called up. Waiting for #Astros to make corresponding move.

Confirming A.J. Reed is being called up by Astros.

Reed absolutely embarrassed Minor League pitching last year, hitting .340/.432/.612 in 2015 with 34 HRs and 127 RBIs. He got off to a slow start in 2016 due to injuries but has been heating up as of late and will no doubt add a tremendous boost to the Astros Lineup.

AJ Reed is widely regarded by Astros fans as the First Baseman Of The Future, and 2 years after being drafted we will get to see what AJ Reed can do for the first time. Congratulations to AJ Reed on his Call-Up to the Houston Astros!