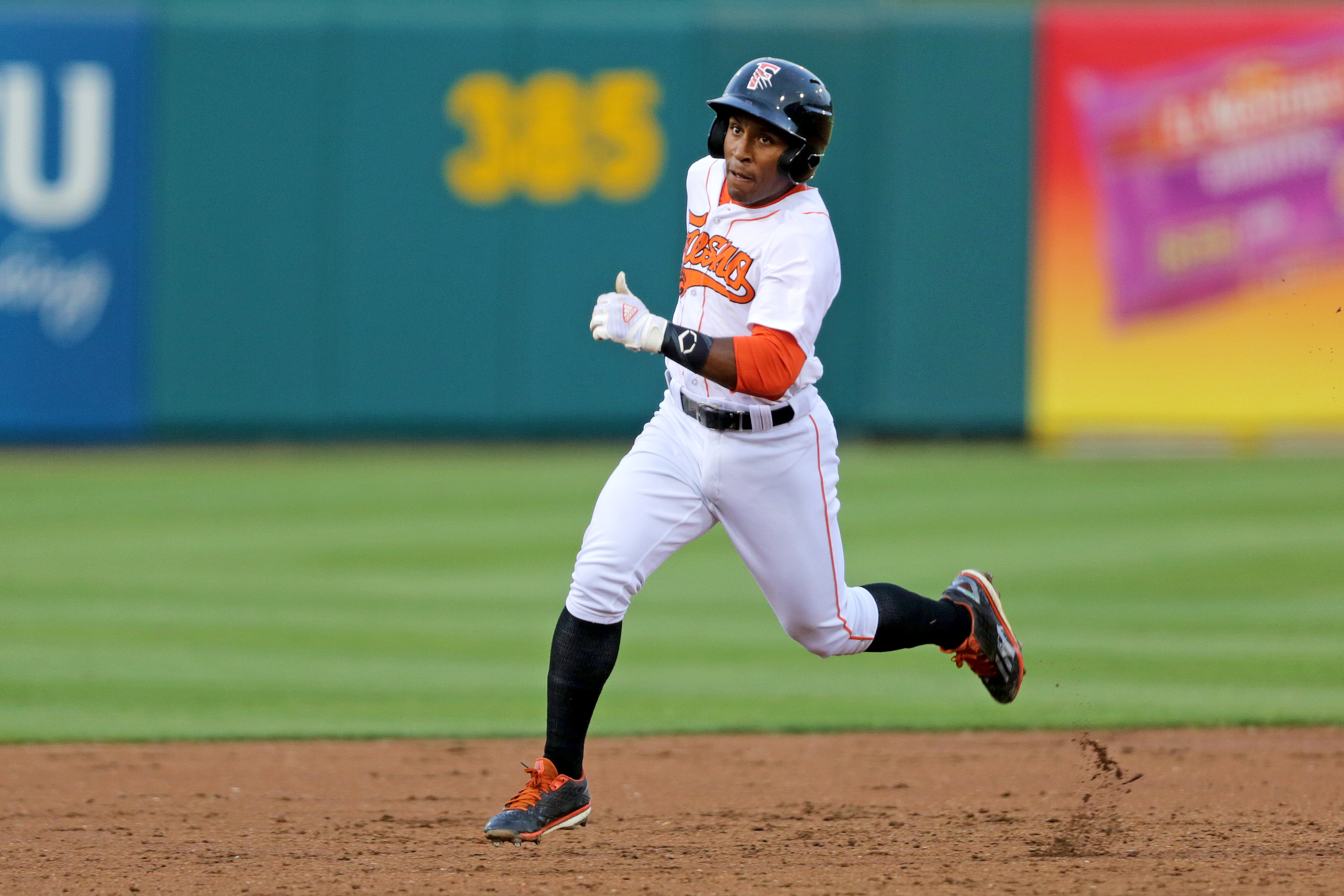 39 games into the season, the Astros lineup has had some poor production from some guys that were considered to be keys pieces in helping the Astros get back to the playoffs for the 2nd consecutive year. With Carlos Gomez and Preston Tucker struggling to consistently put the ball in play, the Astros made a series of moves Sunday afternoon to try and improve the offensive production. Erik Kratz was designated for assignment as Evan Gattis was recalled from AA to take over as the backup catcher while Preston Tucker was optioned to AAA.

Tony Kemp to be called up by #Astros. Scheduled to join team in Chicago, according to sources.

With Kratz designated for assignment, that opened up a spot for Tony Kemp, who was not on the 40 Man Roster, to be added and called up to the Major Leagues. With the option of Tucker to AAA, that presents Kemp with the opportunity to contribute at either LF or CF while also backing up Altuve at 2B.

Tony Kemp was drafted by the Astros in the 5th Round of the 2013 Draft out of Vanderbilt. That year he won SEC Player of the Year and was voted a First Team All-American by Baseball America. Everything you need to know about Tony Kemp can be found HERE.

Kemp is a very athletic fielder who has made spectacular plays in the field regardless of where he has played. At the plate, he has hit for a high average everywhere he has played, and though he offers little power, he can get on base in a variety of ways and is very quick, stealing a good amount of bases in his time in the Minors. He is known as a “One Man Rally”, and if he starts could be a very good nine-hole hitter as his high OBP could be very effective batting before the start of the order, giving him a chance to get on base and let the 1-4 punch do their damage.

If Kemp can continue to hit like he did in the Minor Leagues, then he could be a very important piece to the Astros’ success down the road. Congrats to Tony Kemp on his call-up to the Houston Astros!