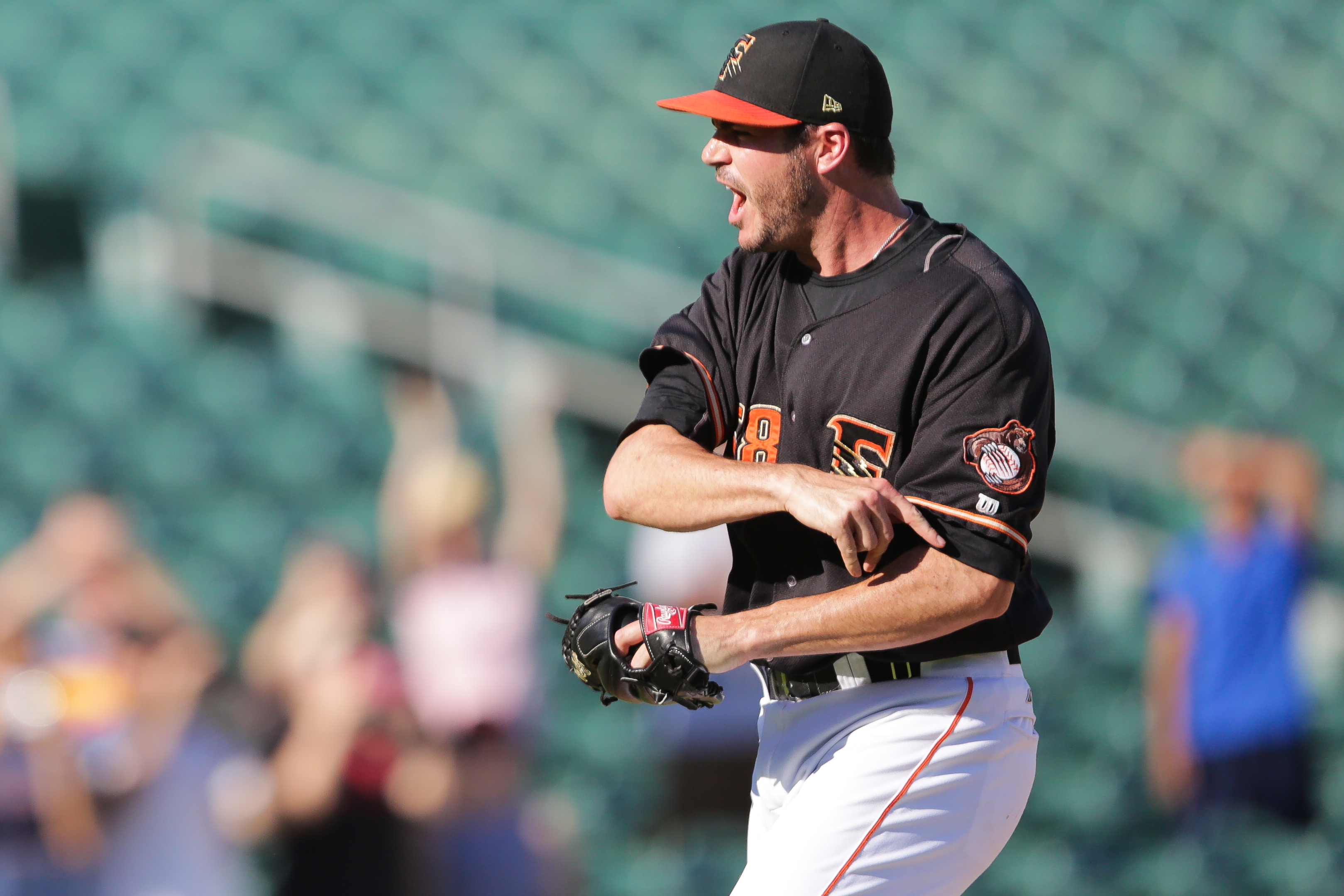 On January 15th, 2015, the Astros sent three prospects to Atlanta in exchange for major leaguer Evan Gattis and minor league reliever James Hoyt. Not many people knew about James Hoyt or what to expect from him. At the time, he was a 28 year old relief pitcher coming into a stacked Astros farm system.

Hoyt is listed at 6’6″ and 230 lbs. The interesting part about him is that even though he is 29 years old in AAA, he isn’t a guy who has been pitching in the minors for 8-10 years. His first season with an MLB organization was 2013 with the Atlanta Braves. Hoyt pitched in college for Palomar College but ended up going undrafted. He ended up going back home and working on boats.

Hoyt possess a mid to high 90s fastball, high 87-88 MPH slider, and an 87-90 MPH splitter. Both his slider and splitter are plus pitches that he can get guys out on. Those two with the mid 90s fastball makes it easy to understand why he is dominating in the minor leagues.

The Astros bullpen has been great recently and is pretty loaded but James Hoyt deserves a shot. I would bet he makes his MLB debut at some point this season for the Astros, and if he pitches like he has the last two seasons, the Astros bullpen could go from good, to one of the best in all of baseball.