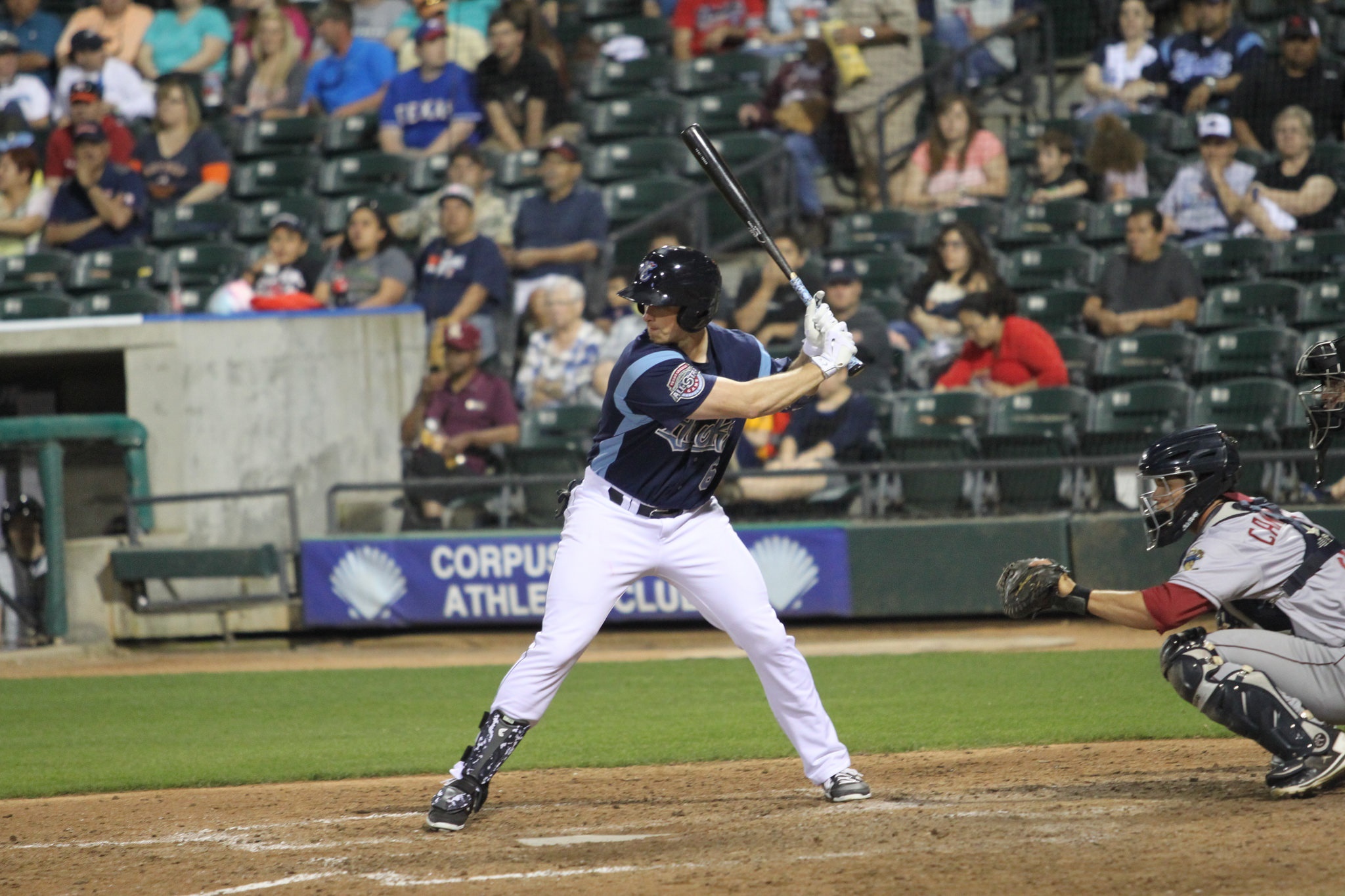 The Next Tyler White

When Tyler White made the club out of Spring Training, and then promptly went on an epic tear to start the 2016 season, much was made of his 33rd round draft selection and almost comical signing bonus of $1,000. But, what also emerged amidst the many discussions regarding White were the positive and much deserved heaps of praise over what the Astros scouting department had accomplished. Over the last few years the analytics driven Astros front office has done a marvelous job at recognizing and developing the talents of players that many teams felt were not worthy of either being selected where they were, or of being selected at all.

As we approach the 2016 Draft, many obsessive followers of such events—especially we rabid followers of the Astros and their minor league system—will eagerly await the announcement of each player chosen and wonder if this or that player selected is the “next Tyler White,” that is, which overlooked player has a shot to overcome the odds and make it to The Show.

While we await the draft, it would behoove us to look at current players on the Astros farm that were either drafted late, as White was in the 33rd round of the 2013 draft, or, somewhere in the middle rounds due to question marks about their long term profile. This series will profile players that I believe fit this description who, with continued success, could emerge as surprise prospects and become everyday big leaguers in the next couple of years. In other words, they could become the next Tyler White.

Drafted: 2013; 21st round, 617th overall pick.
The Knock: small school, college hopping player; can’t run; can’t throw
Current level: AAA
Organizational Ranking: MLB’S Prospect Watch-21st; Baseball America: 13th
Career Snapshot: Kemmer’s pro career got off to a slow start in 2013, as he hit only .221 in 65 games at short-season Tri-City. But, Kemmer found tremendous success in 2014, starting with a 52 game stint in Quad Cities then advancing to the friendly Cal League and Lancaster’s rather breezy conditions. In 91 combined games in 2014, Kemmer slashed .291/.345/.523 for an impressive .868 OPS. Kemmer then spent the entire 2015 campaign in AA, destroying Texas League pitchers in the process. At Corpus Christi, Kemmer slashed .327/.414/.574, with 18 homers, and 65 RBI. However, 2016 has yet to be as kind, as Kemmer is hitting just .196 with a single home run for Triple-A Fresno. He’s a career .282/.358/.485 hitter with 39 homers in 985 at bats.
The Good: Kemmer’s approach at the plate has been described as one of “brute force,” but I think that description greatly minimizes his ability to skillfully barrel up the baseball. The kid can hit. He has slightly above average power and potentially an above average hit tool.
The Bad: At 25, he’s becoming “old” for prospect designations, and as he continues to be blocked or passed by more upside prospects, Kemmer’s window to achieve big league status with the Astros may begin to shut, especially if this year exposes flaws in his bat.
The Skinny: I think he can continue to maximize his tools, despite his early 2016 trouble, and at least become a very serviceable 4th outfielder. It really is hard to believe, that sometime in 2016 or 2017, the Astros could put forth a lineup that includes, not overall top pick Mark Appel, but Tyler White and Jon Kemmer, who signed for a combined $2,000. Or, .0003% of Appel’s signing bonus. I think Kemmer can and will contribute at some level in Houston. I’ll put his chance at becoming a regular at 50/50.

Drafted: 2014; 14th round, 406th overall pick
The Knock: Too stocky for 2B, not athletic enough for 3B; nice bat but no power for corner infielder
Current Level: Double-A
Organizational Ranking: N/A
Career Snapshot: Tanielu was drafted as a 2B by the Astros but since beginning his professional career has been primarily used at 3B. Tanielu hit the ground running at short-season Tri-City, hitting .300 with 40 RBI and earning the NY-Penn League MVP at the All-Star game. He spent the entire 2015 season at Lo-A Quad Cities, where he slashed .308/.354/.434 with 37 XBH, earning Midwest League All-Star nods along the way. So far in 2016, entirely at Advanced-A Lancaster, Tanielu has taken advantage of The Hangar and other Cal League parks and is slashing a robust .363/.397/.548 for a .945 OPS.
The Good: Like Kemmer, Tanielu can flat out rake and his transition from the middle infield to third base has been rather smooth. The organization seems to be okay with taking it slow with him, as he has yet to have a mid-season promotion**. He has been successful at his craft at every stop along the way. He is slowly developing a watchful Astros fanbase.
The Bad: Despite his ability to put bat on ball, Tanielu appears to be blocked by other more touted prospects, namely Colin Moran, and as we have seen in recent days, Alex Bregman, who has started a few games at third base for Corpus Christi. At the plate, he’s a right handed version of Moran, a contact oriented player with power that flashes but ultimately may not develop. Because he is blocked by higher upside prospects, he will need to develop power so that he can differentiate himself from the pack. His walk rate of 6.7 needs to be higher if he is to offset any lack of power.
The Skinny: While he’s no secret to Astros farm followers, he continues to be ignored by the larger publications and more seasoned evaluators. I think he begins to garner a larger portion of attention this year, either from more established talent evaluators or GMs scouring the Astros system for hidden gems in the event trade discussions occur. At this point in his career, I have to say he may be a better overall offensive prospect than former Astros farmhand, Rio Ruiz. Should Moran fail to live up to expectations or the Bregman to third base experiment never fully materializes, I believe Tanielu has the potential to be not just a viable alternative, but one that could pay off large dividends. An optimistic view of his upside could be seen as a slightly above average big leaguer, while the most likely floor for Tanielu may be as a marginal big league defender with a decent bat. My gut tells me he ends up somewhere in between, developing into a super-utility guy that all good teams depend on. He’s a keeper. Additionally, Tanielu gets very high marks for his work ethic and leadership.
**Note: Tanielu was promoted to Corpus Christi on Thursday

Drafted: 2014; 8th round, 226th overall pick
The Knock: Powerless, weak-armed outfielder that strikes out too much and doesn’t walk
Current Level: A-Advanced
Organizational Ranking: N/A
Career Snapshot: Boyd wasted no time showing off his two strengths after the 2014 draft, hitting .333 and stealing 13 bases in 42 games for Tri-City before getting bumped up to Quad Cities. He struggled there, hitting only .219 and striking out 15 times in 73 at bats. He started back at Quad Cities in 2015 and spent the entire season there, hitting .283 with 19 doubles, seven triples and stealing 40 bases. However, he struck out 103 times and drew 45 walks. Overall, he maintained a decent .347 OBP and played in 117 games. Boyd started 2016 in Lancaster and so far has maintained his statistical tendencies, hitting .315, carrying a .342 OBP and has stolen 18 bases in 20 attempts. He has also struck out 22 times in 111 at bats and drawn five walks. If nothing else, Boyd is consistent.
The Good: Like Kemmer and Tanielu above, this kid can hit, lacing line drives from the left side of the plate and using the entire field. Unlike Kemmer and Tanielu, Boyd also offers plus speed with the potential to steal 30-35 bases a year. His speed will play very well in spacious outfields where he can track down doubles and turn them into singles. So, what’s not to like about a .280-.290 hitter that can cause serious disruption on the basepaths and cover a ton of ground in the outfield? Well…
The Bad: At least as of now, Boyd has done nothing to change the opinion of him pre-draft and what I have stated above as “the knock.” He has hit. He has run. He has struck out. He has not walked. At 5’9”, a shade over 170lb, and sans power, Boyd’s future lies solely in his ability to get on base, even when the hit tool doesn’t always play up. The below-average arm relegates him to the corner outfield positions.
The Skinny: Boyd is an enigma of sorts among those that track prospects. On one hand, his plus speed and well above average (some say plus) hit tool would be a great combination to start with in hoping he would develop another tool. Depending on whom you ask, some see his prospect floor as simply organizational filler that will be on another team when he’s inevitably not protected from Rule V; or, he learns better plate discipline, draws more walks, cuts down on the strike outs, and reaches his upside potential as a Ben Revere/Michael Bourn type player. So, why do I like this kid? Let me repeat: plus speed and a potentially plus hit tool. When a player has multiple plus tools, as an organization, you try to develop a third…or fourth. Due to his relatively “high” draft slot, I believe the Astros front office is confident he can develop that extra tool and have a good shot at becoming a regular starter in the big leagues.