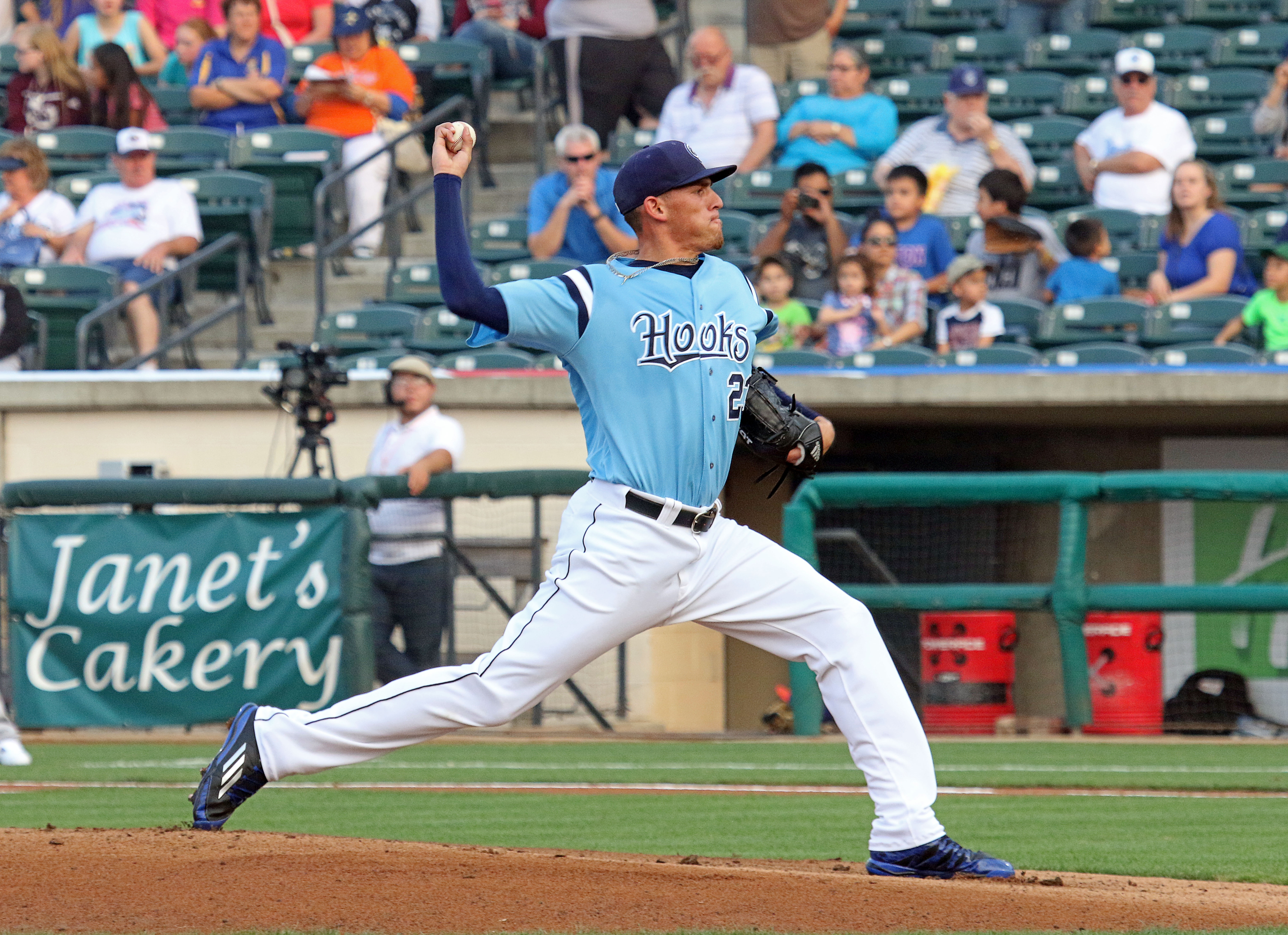 With the first month of the minor league season in the books, let’s take a look at the best performances in the Astros system in April.

HITTER: Danny Worth, 2B

Worth put together a good month of April. Worth has been a nice veteran presence for Fresno hitting for average, some power, and drawing walks while playing multiple infield positions.

Peacock was once a top 100 prospect in all of baseball and led the minors in strikeouts in 2011. Well he brought some of that back striking out 25 in 19.2 innings. If there is an injury in the rotation, Peacock should get another shot.

The Astros #2 overall pick in 2015 has put together a great start to 2016. Unfortunately he tweaked his hamstring which has caused him to miss some games. Even with him missing games, he still leads the Hooks in RBI and is tied for the club lead in home runs.

Probably the toughest decision as Paulino, Sneed, Frias were all great. Musgrove has picked up right where he left off in 2015. He has improved his strikeouts in AA and has been almost unhittable. He now has a 1.73 ERA in 62.1 AA innings. I don’t think he will be in AA long.

Tanielu had a nice season in 2015 and has built on that this year in Lancaster. While the Cal League is a hitter friendly league, it is nice to see him off to a hot start and driving in runs.

Dykxhoorn had a great month of April in maybe the most hitter friendly league in the baseball. The 3 BB/15 K is very encouraging. If he keeps this up he could see AA this year.

Hermelyn showed some nice power with the 8 doubles in April. The QC offense struggled but Hermelyn did not. Love seeing the high on base percentage from a catcher.

Armenteros was also very good in April and actually got promoted to Lancaster but Bower was dominant. Bower has raised some eyebrows as a big lefty who is striking out guys at a good rate. The walk to strikeout ratio is definitely a plus.