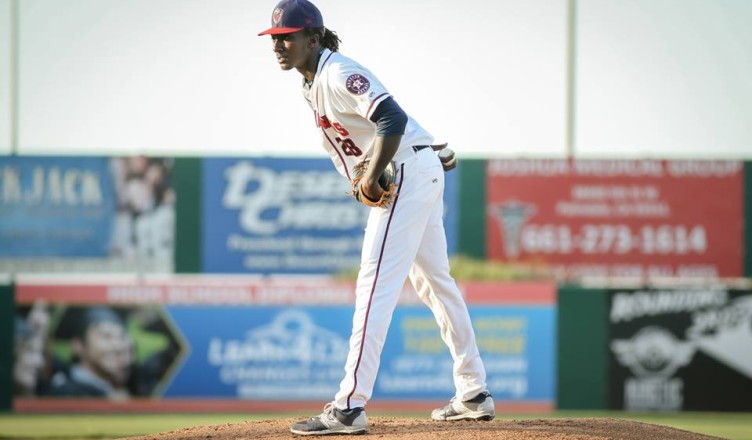 With the Houston Astros season underway and the expected optimism among the team, it is possible the minor league system gets overlooked somewhat this season. Well this shouldn’t be the case as the system is just as, if not deeper, than it was last season. As expected the upper minors (AA, AAA) teams are stacked with talent. The joys of having a deep farm system. With the release of the MiLB rosters, here are some players to watch on each full season minor league teams!

Note: For this list I won’t choose the obvious guys. I’m sure everyone knows about Bregman, Reed, Martes, and Musgrove. Also, be sure to check out my potential breakout prospects here: Potential Breakout Prospects

The 25 year old, acquired from the White Sox in 2012, put together a tremendous season in 2015 for the Corpus Christi Hooks. He was basically unhittable the first half of the season posting a 1.16 ERA in 70 innings. Devenski stayed with CC the whole season and was promoted to AAA where he pitched one game, the AAA National Championship Game. Devenski did not disappoint throwing 7 IP, 1 H, 0 R, 0 BB, 9 K in the win for the Grizzlies. Devenski possesses a fastball, curveball, and changeup with the changeup being his best pitch. Another solid season in AAA and he could be looking at a call to the big leagues.

Moran has been a favorite of mine ever since the 2013 draft. He was drafted by the Marlins but eventually traded the Astros in 2014. Moran has a nice build with a great swing from the left side. His swing is level producing a lot of line drives but has started to tap into his power with 9 HR last season and 3 HR this spring. He also hits for average and owns a .300 BA in 993 minor league at bats. Moran has his best season as a minor leaguer last year hitting .306 with 25 2B, 9 HR, 67 RBI in 96 games. He spent the majority of spring training with the big league club and finished hitting .349 with 3 HR in 43 at bats. Luis Valbuena is a free agent after 2015 so this is a big year for Colin Moran.

One More: Jon Kemmer, OF

Paulino was acquired by the Astros as the PTBNL in the trade that sent Jose Veras to Detroit. Paulino missed all of 2014 due to injury and finally made his Astros debut in 2015. He started with Tri-City where he only pitched in 9.1 innings without allowing a run. He was promoted to Quad Cities where he made five starts and dominated to the tune of 1.57 ERA, 28.2 IP, 32 SO. He ended the season with a promotion to Lancaster where he continued to strike guys out, 10.2 K/9. All of this was enough for the Astros to add him to the 40 man roster and now start him in AA. Paulino features a mid to high 90s fastball and will definitely be one to watch.

Fisher was drafted by the Astros in the supplemental 1st round in 2014. Coming out of college, Fisher had as much upside as you could expect from a college hitter. He possesses a good blend of power and speed. Last year as a 22 year old Fisher split time between A/A+ and combined to hit .275/.364/.483 with 21 2B, 8 3B, 22 HR, 87 RBI, 31 SB. He has some swing in miss in his game but may be the best power/speed combo guy in the Astros minor league system. With two pending free agent outfielders at the big league level, this is a very important season for Fisher.

Bostick was acquired by the Astros in a trade that sent Carlos Corporan to Arlington. Bostick was a 2nd round pick in 2013 and is really a nice high upside addition for a backup catcher. Bostick pitched all of 2014 in Single-A where he struggled a bit but was almost three years younger than the average player. In 2015 Bostick started with Quad Cities in Single-A but this time he dominated. He pitched 42 innings posting a 1.50 ERA with 3 BB/33 SO. He was promoted to Lancaster he got hit a bit more. He features a low 90s fastball and a curveball. Bostick still has a ton of projection and is definitely one to watch in Lancaster.

The Astros have had a few guys come out of nowhere recently and Albert Abreu is another one. He was signed out of the Dominican Republic by the Astros and made his debut in 2014 where he posted a 2.78 ERA in the Dominican Summer League. In 2015, Abreu pitched for Greeneville and did not disappoint. Abreu posted a 2.51 ERA with 46.2 IP, 35 H, 51 SO. Abreu has a 94-96 MPH fastball as well as a curveball and changeup. He will be starting the season off as a 20 year old in full season. If he pitches well, he will shoot up the prospect rankings.

One More: Bobby Wernes, 3B

Be sure to subscribe below to receive every article over email. The future is bright and go Astros.